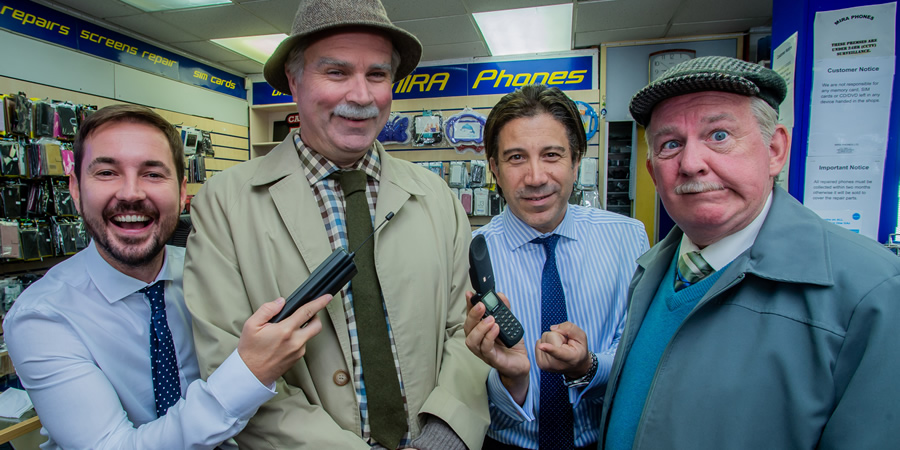 Craiglang hails a new internet sensation, while Jack and Victor decide it's high time to get tech-savvy.
Preview clip

When Isa is mugged Winston comes to her rescue, little realising his heroic deed is being filmed, turning him into an internet sensation. Winston initially downplays the attention but when Methadone Mick points out the advantages of internet fame, he embraces his new-found celebrity status.

Meanwhile, Jack and Victor decide they won't be yesterday's men and buy themselves mobile phones.

When internet whizz Isa shows the friends how popular Winston is online, Jack and Victor turn their hand at creating viral videos. However, they soon discover the internet is a fickle master and fame fades fast. 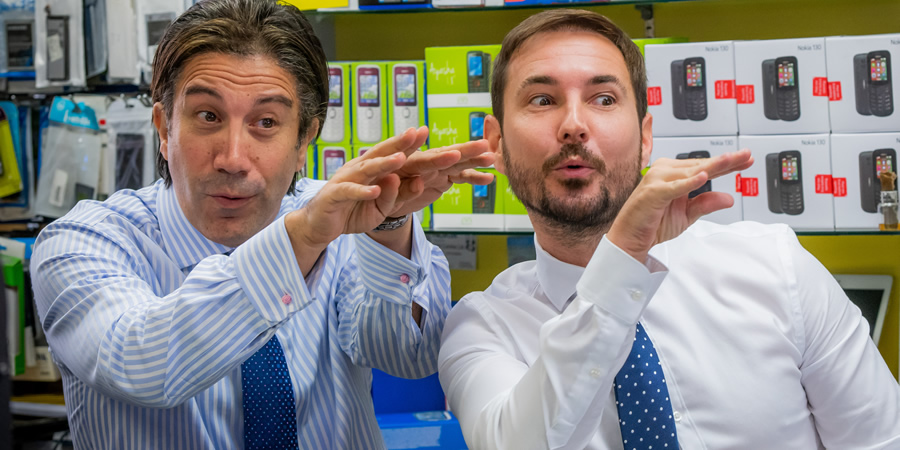 You've been a fan of Still Game for quite some time now...

Oh aye, it's something I've grown up with. It is an institution and one of the best Scottish TV shows of all time.

I spend a lot of time on the road and I'm always sticking it on to watch as it reminds me of home. It's a show you can watch with your mum, dad and whenever I was away on bus trips with the football teams, we'd put it on and watch for hours and everybody would be happy.

Anytime I feel a wee bit homesick in Las Vegas I stick Still Game on.

So what's your role in Still Game? How did it come about?

I come across Jack and Victor when they're trying to buy themselves a couple of mobile phones and they come into my shop.

It was surreal standing across from the two of them as Jack and Victor. I know the boys as Ford and Greg but when they put on the make-up and start becoming the characters it really is a very surreal moment. Luckily I was filming Line Of Duty at the same time so I was able to pop over from Belfast and shoot my scenes. It was an epic day. To see the boys do their thing was immense.

How did you feel when you heard it was coming to an end?

Gutted but it's the same with all good things - it's better you go out on a high. It's better the boys taking the decision to end it rather than it being forced upon them. This way, they can actually write an ending.

I was on a show called Monarch Of The Glen and it was great for us to actually have a last episode. It was really emotional and every character got a proper send off.

I know the boys are saying it's done but the fact that they're playing old guys, 20, 30, 40 years older than them means that there's so much scope for them in the future. But that depends on the ending. They could literally bring this show back in 30 years time - just using less make-up!

Everybody knows you now for your gritty dramatic roles - was it nice to do some comedy for a change?

I've done little bits of comedy but I also did the Urban Myths: Backstage At Live Aid show where I played Midge Ure who also has a little cameo in Still Game. I'd never met him before and now he's everywhere I go!

Jack and Victor show off their phone ringtones.