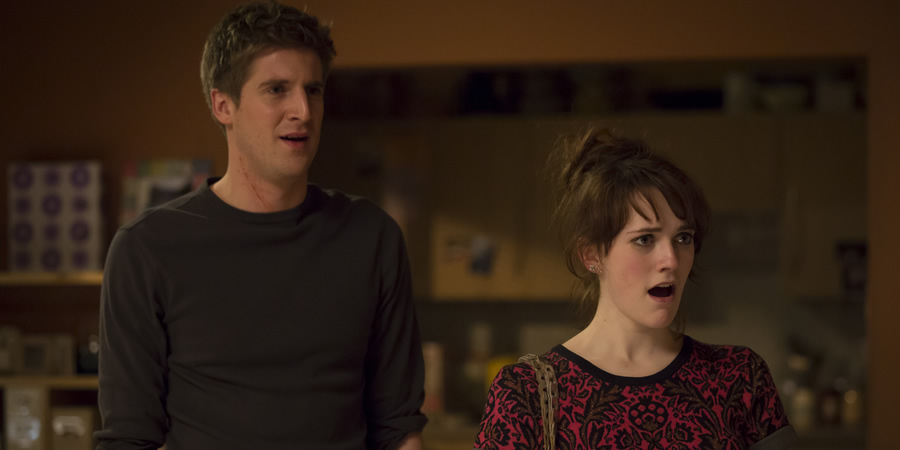 Hannah's best friend from university arrives home from travelling, now with a fiancé in tow - charming vet, Rich. He offers Dan a job at his practice, but Hannah can't stand him.
Preview clip

Sadie, Hannah's best friend from university, has returned from travelling and Hannah could not be more excited. Dan, however, couldn't care less - he's planning to watch all the Liam Neeson films back to back, or as he calls it, The Liam Neeson Seeson.

But Sadie has a surprise for Hannah - she's engaged. Her fiancé Rich is funny, charming and full of anecdotes about his time as a vet tending to animals in exotic faraway countries.

Hannah, naturally, hates him and so decides to remind Sadie how good her life was before she met Rich - ie when she was hanging out with her at uni.

Rich offers Dan a receptionist's job at his vet practice, but he gets overly involved in the animals' well-being, taking matters into his own hands.

Is that a gun?