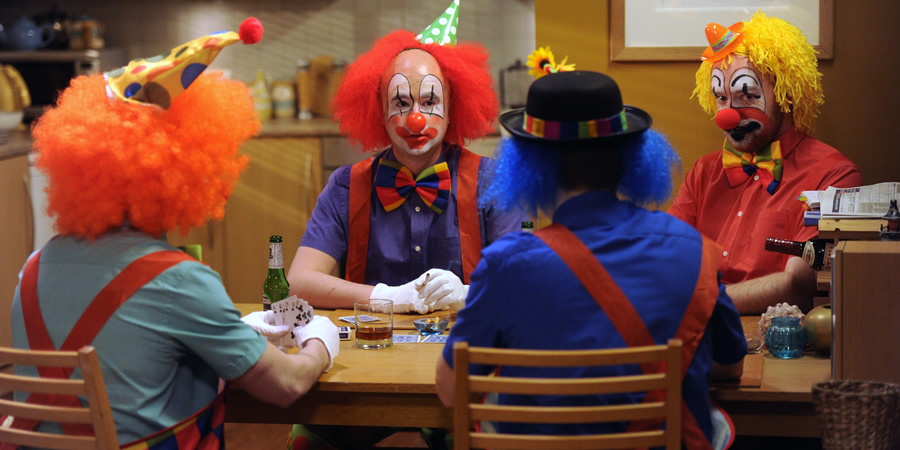 Dan starts hanging out with his old crush from clown camp.

After a chance encounter in a coffee shop, Dan starts hanging out with his old crush from clown camp, Holly. The spark between the two of them is instantly reignited - but there are complications: Holly is eight months pregnant.

With the father out of the picture, Dan is drawn ever closer to her. But will Dan finally be able to grow up and do the honourable thing, or is he just the same clown he always was?

Meanwhile, Hannah has been given the task of looking after George, a bossy American consultant hired by her company. However, when she finds out what he's here to do (fire people) she's instantly excited.

Hannah quickly proves that she has the skills to join him in the boardroom firings - but has she bitten off more than she can chew?