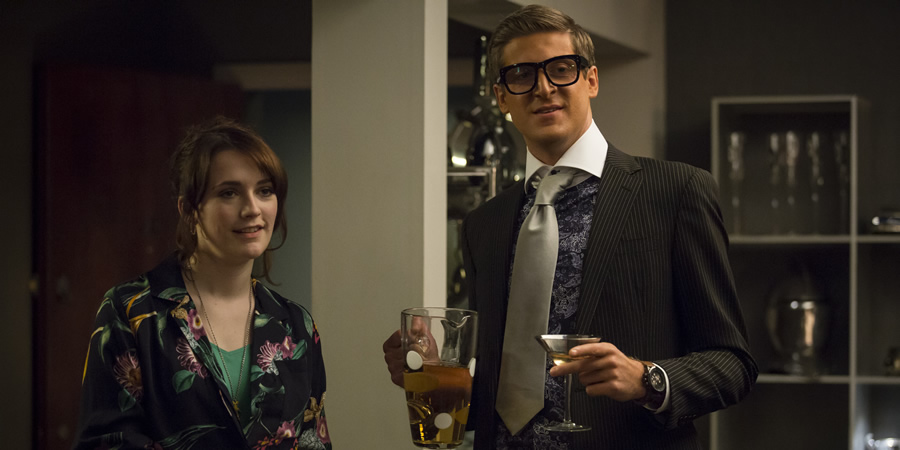 When Dan and Hannah's neighbour asks them to look after the exotic fish in his flat for a few days. What could possibly go wrong?
Preview clip

When Dan and Hannah's neighbour, slick solicitor Gavin Mulcahy, asks them to look after the exotic fish in his flat for a few days whilst he's on business, Dan can't resist making himself at home.

With his rare whiskeys, limited edition James Bond figurines and amazing jacuzzi, Dan decides that Gavin's life is so much better than his own - and things quickly get very weird.

Hannah has managed to pull herself away from Swedish sex-murder drama Styckningen to be wooed by the good-looking Irish charmer Bryn. He's super-cool, used to be in a rock band and seems totally into Hannah - surely he's too good to be true?

Ms Burrito and the busker

Whilst enjoying a burrito and a Swedish drama, Hannah meets a musician but Dan is sceptical.