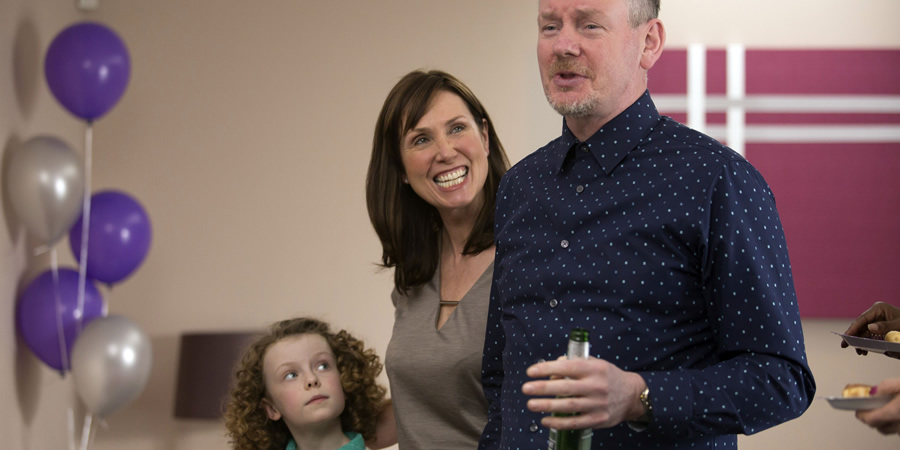 Hannah and Dan's father has organised a birthday party for himself - something that Hannah finds suspiciously out of character.
Preview clip

Hannah and Dan's irascible father Gregg has organised a birthday party for himself - something that Hannah finds suspiciously out of character.

When Gregg announces that he is getting married to human rights lawyer Beverley, Hannah is upset that he hasn't discussed it with her.

Gregg explains that Hannah has ruined all his other relationships, so it's no wonder he kept it quiet. Hannah decides to prove her dad wrong and ingratiate herself with Beverley and her eight year-old daughter Lily. However, she quickly gets distracted by Lily's handsome teacher, Mr Foley.

Meanwhile, Dan decides to spend a week working alongside his property developer father in a bid to get a permanent job with him. He's not great on the building site, but a lucky encounter with some first-time buyers means that Gregg is more inclined to trust Dan with his business than perhaps he might have been before.

Dan and Hannah are off to their Dad's birthday party - Dan's pretty sure that his very special gift will secure him the title of Favourite Child.