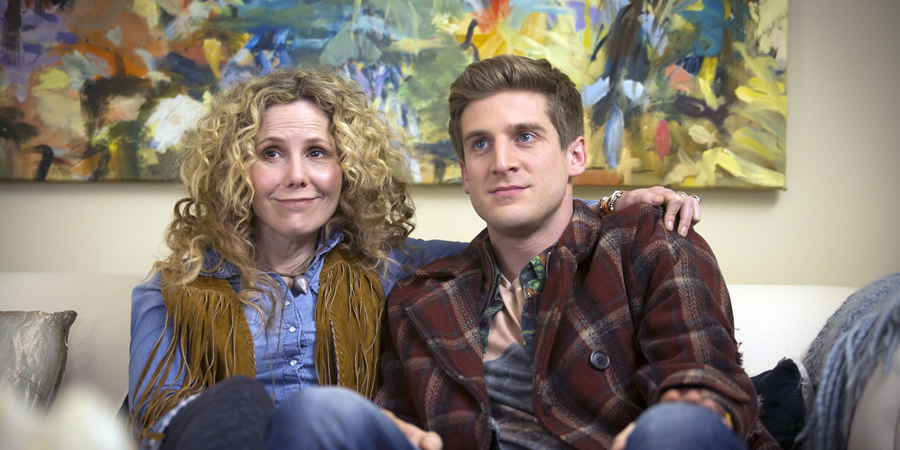 Dan becomes his mother's dance partner at her salsa class, but when his aunt turns up and teaches him you can have anything you want, he decides to rebel. Hannah becomes convinced she's having a golden week.
Preview clip

Perpetually jobless Dan is in debt to his mother, Marion - after all, she pays the allowance that enables him to spend time writing his graphic novel Wolf Cops.

That means that Dan is Marion's dance partner at her local salsa class, a role he begrudgingly accepts. He's got two left feet and is constantly weirded out by fellow dancer Ralph who seems to have an unhealthy interest in his own mother.

But when Marion's sister, troublemaker Leslie, turns up unannounced, Dan decides to rebel. Aunt Leslie teaches him that you can take whatever you want from society and never have to give anything back, which Dan loves. Yet when Leslie decides to enact revenge on an old boyfriend, Dan quickly realises he is in way out of his depth.

Meanwhile, Hannah is dreading heading into work for the annual audit. However, criminal activity in the office above means that all staff get the week off while police investigate. Excited, she heads home, where she ends up becoming the owner of six free pizzas.

As more unexpectedly good things start to come her way, Hannah becomes convinced she's having a Golden Week - an uninterrupted week of lucky breaks. When the opportunity to appear in a music video with her favourite RnB star appears, Hannah begins to believe she's invincible.

Dan has invited Aunt Leslie to stay, which adds to Hannah's 'Golden Week'.