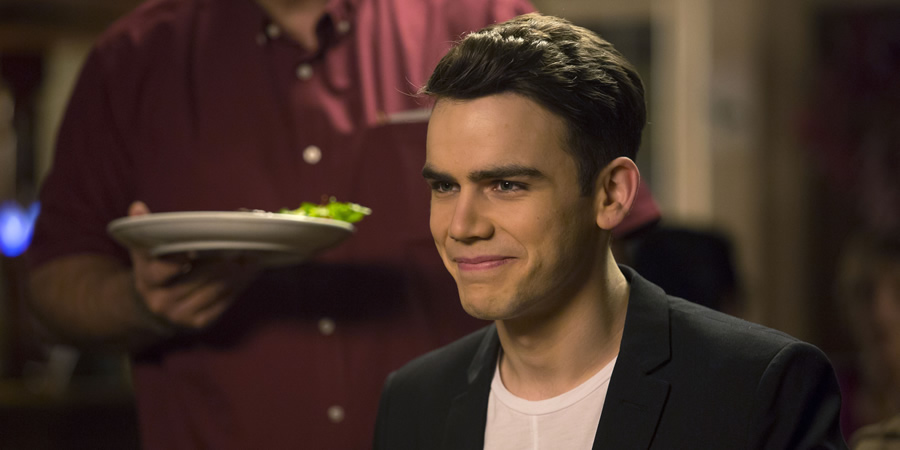 Hannah meets an insanely hot underwear model on a new dating app, but isn't comfortable with his living arrangements. Meanwhile, Dan has found himself in hospital and makes friends with elderly adventurer Frank.
Preview clip

Hannah's been on a dating frenzy since she signed up to the latest new app - but the guys she agrees to meet are never as hot or cool as their profiles suggest.

But when she meets Dylan, she thinks her luck has changed: Dylan's an insanely hot underwear model with an incredibly cool life, full of free stuff and exclusive members clubs. But she is disheartened to discover he lives with his ex-girlfriend Amy, who also happens to be a model, and his best friend. Despite Dylan's protestations that their friendship is purely platonic, the evidence suggests otherwise. How long can Hannah put up with her boyfriend being in a very intimate friendship with another, incredibly hot, girl?

Meanwhile, Dan has found himself in hospital after a spot of DIY goes badly wrong. There he meets Frank, a one-time adventurer who doesn't have many more days left to live. Dan finds himself hooked on Frank's incredible travel stories and the two quickly strike up a friendship. But when Frank gets his final diagnosis, Dan takes it upon himself to break Frank out of hospital for one last adventure...

Hannah's been having a great time with the latest dating app...