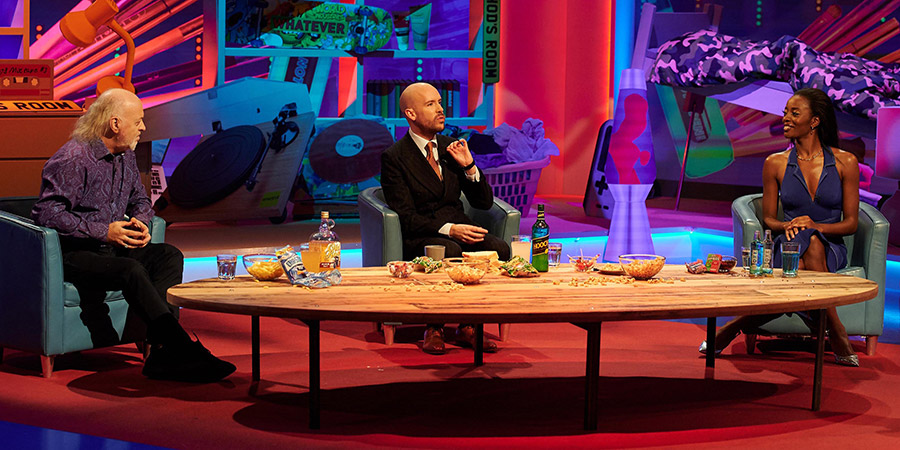 Who will win the coveted title of Most Embarrassing Teenager - will it be Bill and his ability to make himself sound like a vacuum cleaner, Tom and his obsession with Elton John or AJ and her inappropriate Christina Aguilera tribute?

Rhod reveals one of his own long forgotten hairstyles and an adolescent obsession with video games, as well as uncovering some past pop culture time sadly hasn't forgotten - what were the most baffling trends, worst TV shows and most irritating music while his guests were growing up?

In a surprise for the guests, Rhod has spoken to friends and family who knew them as teenagers and shares some mortifying morsels they would probably rather he hadn't got hold of. And finally, what advice would they give to a teenage them with the benefit of hindsight? And would the teenage them listen, or just reply 'blah blah blah'?

Rhod Gilbert asks comedian guests Bill Bailey, Tom Allen and TV presenter AJ Odudu to share some of their strange teenage obsessions. It turns out Bill Bailey had a very unusual habit. He even brought it on set to show.

Guests AJ Odudu, Tom Allen and Bill Bailey bring in their most embarrassing teenage photos to display for Rhod Gilbert.

Bill Bailey, Tom Allen and AJ Odudua run through their most embarrassing years with Rhod Gilbert. They flashback to 1980, 1997 and 2005 and talk Ceefax, Teletubbies, Crazy Frog and James Blunt.