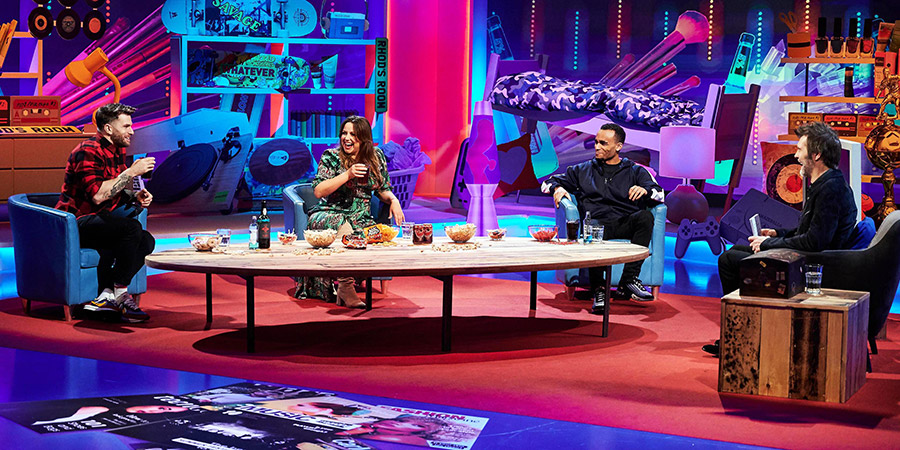 Charlotte Church, Joel Dommett and Munya Chawawa revisit their teenage years, with the host judging which of them had the most embarrassing adolescence.
Preview clips

In the closely fought competition to win the title of Most Embarrassing Teenager, Charlotte tells Rhod the extreme lengths she went to, to try and be Billie Piper's friend, Joel admits to doing a test taste of some of his bodily fluids, and Munya reveals what he said to an ex-girlfriend that got him dumped.

Rhod uncovers some past pop culture time sadly hasn't forgotten - what were the weirdest trends, worst TV shows and most irritating music while his guests were growing up? Rhod has also spoken to friends and family who knew the guests as teenagers and shares some mortifying morsels they would probably rather he hadn't got hold of - who almost burned their school down by trying to microwave a cassette tape?

Rhod chooses the best and worst examples of adolescent life to commit to his box of shame, and will eventually crown the Most Embarrassing Teenager.

Rhod Gilbert takes a deep dive into the musical past of guests Joel Dommett and Munya Chawawa. Get introduced to the world of drill rap...

Rhod Gilbert ask his guests Charlotte Church, Joel Dommett and Munya Chawawa if they remember what their first drunk experience was like.