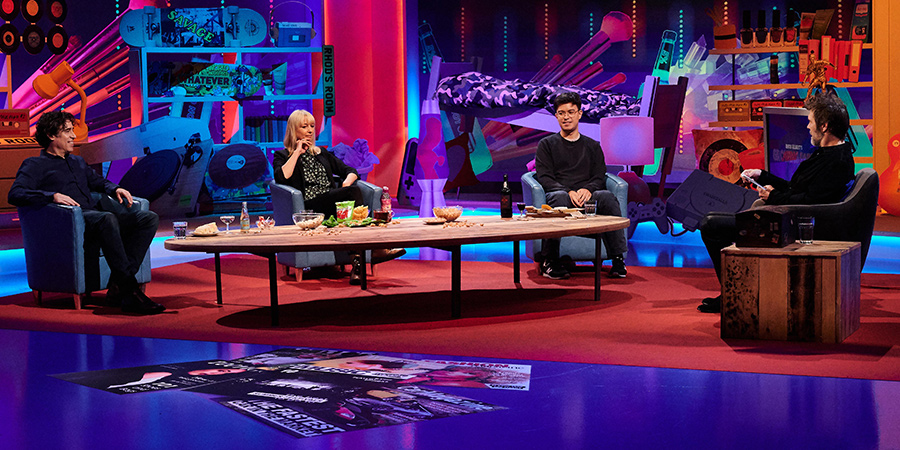 Joining in the fun this week are actor Stephen Mangan, presenter Sara Cox and comedian Phil Wang to own their adolescent mess-ups.
Preview clips

Joining in the fun this week are actor Stephen Mangan, presenter Sara Cox and comedian Phil Wang to own their adolescent mess-ups.

First up, what will be successfully consigned to Rhod's Memory Box - will it be Stephen's re-telling of his first kiss at a church disco, Sara's photo of her Deidre Barlow perm or Phil's run-in with Brian McFadden?

Each guest then chooses an Embarrassing Year from their youth, filled with shameful pop culture dalliances. Will Rhod decide that Stephen's 1985, Sara's 1992 or Phil's 2006 deserves to be banished for eternity?

In case there is anything the guests have omitted to tell us, Rhod has got hold of some mortifying morsels of information from their friends and family. He duly reminds one of the three what happened on their 18th birthday, who ate two tins of cat food thinking it was pâté, and whose school nickname was 'Snappy Legs'. And finally what advice would they offer their teenage selves with the benefit of hindsight?