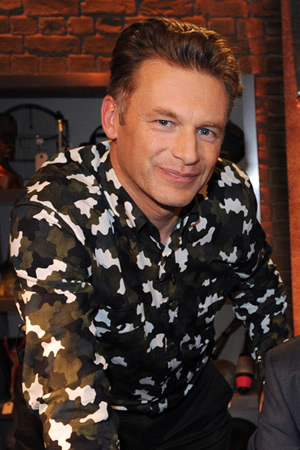 A new Radio 4 comedy panel show based around the topic of wildlife is to be trialled later this month.

Nevermind The Woodcocks is described as a "mischievous comedy panel show that proves what a completely entertaining place the natural world really is. A place where fact is always funnier than fiction."

Chris Packham, best known as the presenter of TV nature shows including Autumnwatch and Secrets of Our Living Planet, has been signed up to present the show.

The production blurb for the show says: "Can a cockroach live for a week without its head? Can an octopus get an erection? Can a comedian tell the difference between badger and bat poo?

"Join wildlife expert and TV presenter Chris Packham for the pilot of his hilarious new comedy wildlife panel show, Nevermind The Woodcocks, and you might well find out. Our host Chris is joined by our two celebrity teams as they compete over a series of funny animal-based rounds."

The full line-up for the pilot has not yet been confirmed, but it has been revealed that stand-up comedians Dave Gorman and Susan Calman will be amongst those on the panel.

Bill Oddie, the former member of The Goodies who is now himself a presenter of nature programmes, will also be a guest on the show. Oddie claimed in a newspaper article earlier this year that in 2009 the BBC forced him out of his job co-presenting Springwatch. Chris Packham was the new co-anchor installed in Oddie's place, a role which he still holds.

Fans of Springwatch and Autumnwatch have picked up on the fact that since Packham has been presenting the two programmes he has been playing a subtle game of trying to fit as many song titles into his links as possible. In 2009 he managed to sneak in 31 song titles by The Smiths. In 2010 he used songs by The Cure, in 2011 he picked The Manic Street Preachers, and in this year's Springwatch he used David Bowie titles.

Packham will be familiar to comedy fans as he has appeared as a guest on a number of comedy panel shows, including Would I Lie To You?, Never Mind The Buzzcocks, Room 101 (pictured), Shooting Stars and Have I Got News For You. He has also appeared as a guest expert on The Sarah Millican Television Programme and appeared in a cameo role in puppet sitcom Mongrels.

The pilot episode of Nevermind The Woodcocks will be recorded on Monday 17th December at The RADA Studio Theatre in London. To apply to be in the audience see our free tickets page

The BBC is currently working on a new TV show called Everyone Loves Animals, a studio-based family-friendly comedy in which Tim Brooke-Taylor presents amusing animal-based clips, packaged and presented as if they were news stories.

Chris Packham is known for being outspoken in his views. In 2009 he caused a stir when he suggested the giant panda species should be allowed to become extinct as it was too expensive to save, and he has also accused the reality show I'm a Celebrity...Get Me Out of Here! of mistreating animals. In the below clip, taken from Room 101, he expresses his dislike of 'odious' radio presenter Chris Moyles: