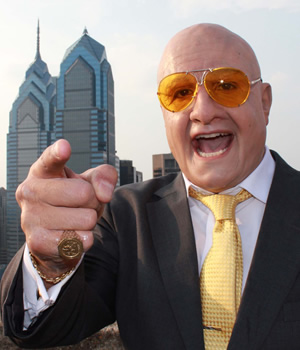 Kayvan Novak has revealed he's working on a film version of his prank TV show Facejacker.

The show has run for 11 episodes on Channel 4, with Series 2 having broadcast in March this year.

However the actor, who won a British Comedy Award for his role in the film Four Lions, has stressed that the project is only in its early stages.

Promoting Full English, a new Channel 4 animated comedy series in which he supplies the voices of two lead characters, Novak said: "The skeleton is there. It will have all your favourite characters and it will be in the UK and abroad and will be very funny. It will be exciting, but don't get too excited too quickly."

He added: "If there is a film, which I plan there to be, it will be out in 2014 because making films is a very slow process."

Facejacker isn't the only British comedy series currently being adapted for the big screen. Following on from recent releases including Keith Lemon: The Film and The Inbetweeners Movie, other feature spin-offs in development include an Alan Partridge movie, an Absolutely Fabulous adaptation, a film of recent sitcom hit Miranda, and a big-screen version of BBC Three sitcom Ideal, starring Johnny Vegas.

Earlier this year Novak filmed a pilot called Verry Terry, in which he interviewed celebrity guests in character as Terry Tibbs. Although widely promoted by Channel 4 for its August transmission, the network has not announced a series commission.

Below is a clip from the first series of Facejacker in which Novak, as Terry Tibbs, causes chaos on a shopping channel broadcast when he swears live on air: 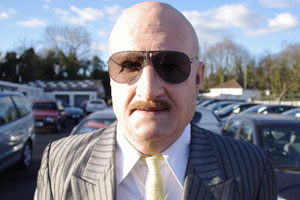