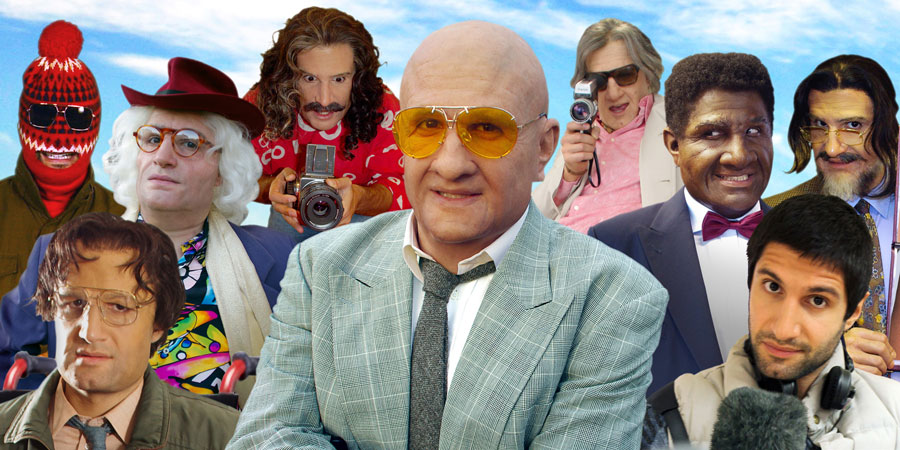 Facejacker is a spin-off from the creators of the BAFTA-winning Fonejacker. Kayvan Novak once again plays the man of mystery, but this time he's up close and personal with his subjects rather than on the end of a phone.

Disguised with the aid of prosthetics, Kayvan plays a dazzling multitude of fictional characters, some familiar and some brand new, including the charismatic and many times divorced car salesman Terry Tibbs; scamster Augustus Kwembe, who has various schemes to try and get people to part with their bank details; and irritating complaint monger Dufrais. All are thrust into real-life situations where they butt up against unsuspecting members of the public.

Facejacker takes Fonejacker to another dimension, showcasing Kayvan Novak's amazing array of voices and characters as well as his sublime comic improvisational skills.

In the second series Facejacker goes global, with Kayvan Novak unleashing some of his best-known characters in America.