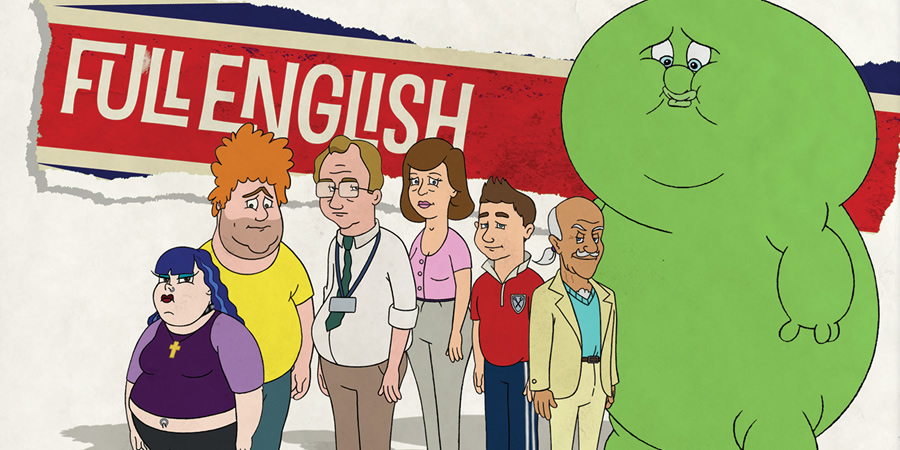 British animated sitcom based around a 'normal' family

Full English is set in the heart of British suburbia where a family much like any other lives - well sort of.

Created, produced and written by brothers Harry & Jack Williams, the show is made using hand-drawn animation, with all the characters and sets created by the artist Alex Scarfe - each frame is individually drawn before being scanned into a computer, which gives it a realistic depth. This work is done by Rough Draft Studios (the company behind Futurama and The Simpsons Movie).