Friday Night Dinner's executive producer, Kenton Allen, has said that he doesn't think there will be a seventh series of the hit Channel 4 sitcom.

However, in an interview with British Comedy Guide ahead of Series 6 last year, creator, producer and writer Robert Popper hinted that he will could continue the sitcom for as long as Channel 4 want it.

The sixth series, which was broadcast from March to May 2020, set a new record for the broadcaster. It became All 4's most-watched episode of comedy ever, with more than 4 million viewers streaming it in its first week alone, and many more discovering the previous five series.

Whilst Popper is now also developing other projects, the broadcaster has commissioned a feature-length documentary celebrating Friday Night Dinner's 10th anniversary, and given the ratings success of Series 6, it is likely to be very keen to commission a seventh series proper.

Following brothers Adam and Jonny Goodman returning to their parents' home for dinner each Friday night, a custom in Jewish households, Friday Night Dinner launched on Channel 4 in February 2011.

Series 6 ended with Adam and Jonny both making steps forward in their relationships with their new girlfriends.

Speaking about the programme and its writer in an industry interview conducted late last year, Big Talk Productions CEO Kenton Allen says: "I don't think Robert wants to write a series where they bring their wives and children around. Never say never, but I suspect that's probably it for the time being. You never know. For the time being, we're not planning to make any more Friday Night Dinner."

Meanwhile, the new 90-minute documentary will coincide with the show's 10th anniversary. Allen revealed that interviews for the programme are currently being filmed, ahead of broadcast in the spring.

Popper also spoke in the interview about the possibility of producing a Friday Night Dinner film. He commented: "The Inbetweeners got it right, but [sitcom to film transfers are] rarely good when they go from TV to film. I don't know. Possibly. I did have a sort of idea for one but then I thought 'I just want to watch it for 30 minutes, not 80 minutes'."

Robert Popper's next project is set to be a pilot titled I Hate You, also with Big Talk Productions. No other details are currently known.

Includes all 37 episodes from Series 1 to 6 of the award-winning, smash hit comedy Friday Night Dinner.

Tuck into six glorious helpings of award-winning madness with the Goodmans as they get together for a Friday night dinner of food, family and major-league bickering. Of course every family has its eccentricities, it's just the Goodman family have made an art form of theirs.

Friday Night Dinner is an original series about growing up but not growing away. It marries the ground-breaking with the familiar and, best of all, it's really, really funny.

Series 4-6 are also playable in region 4. 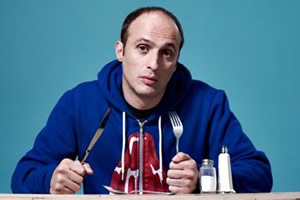 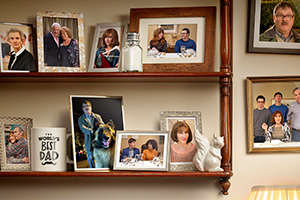 Friday Night Dinner: 10 Years And A Lovely Bit Of Squirrel