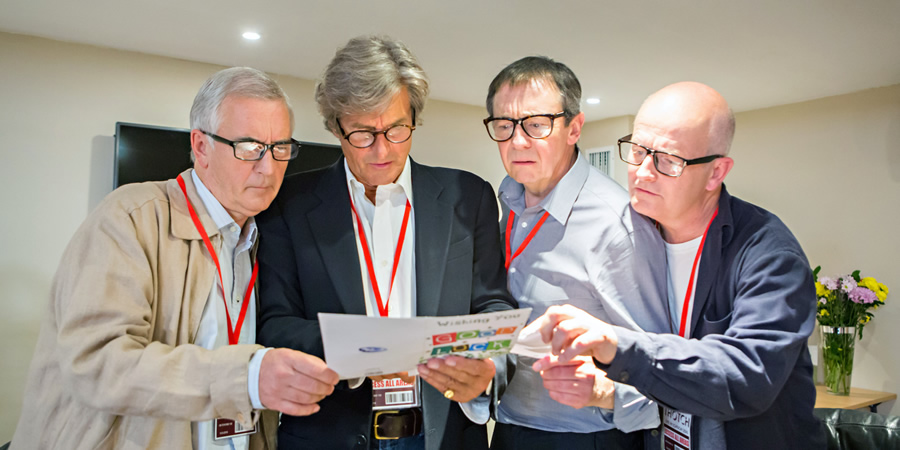 The original Thotch line-up are forced to reform after they are sued by their former manager Basil Steel for non-payment of royalties.
Preview clips

The original Thotch line-up are forced to reform so they can pay a royalties bill.

Although Brian refuses at first, when he is informed that guitarist Pat Quid has dementia, he decides to throw in the towel to help out an old friend - but there are problems ahead when former band member and recluse Bennet St John reappears wanting a piece of the action.

Brian also runs into trouble with Martin Freeman, who has been assigned to read the audiobook of Brian's autobiography.

Brian Pern is bringing out a new autobiography and hires old acquaintance Martin Freeman to record the audio book version.

John Farrow, Brian Pern's manager, meets with Brian to discuss the possibility of reforming Thotch for an anniversary concert.