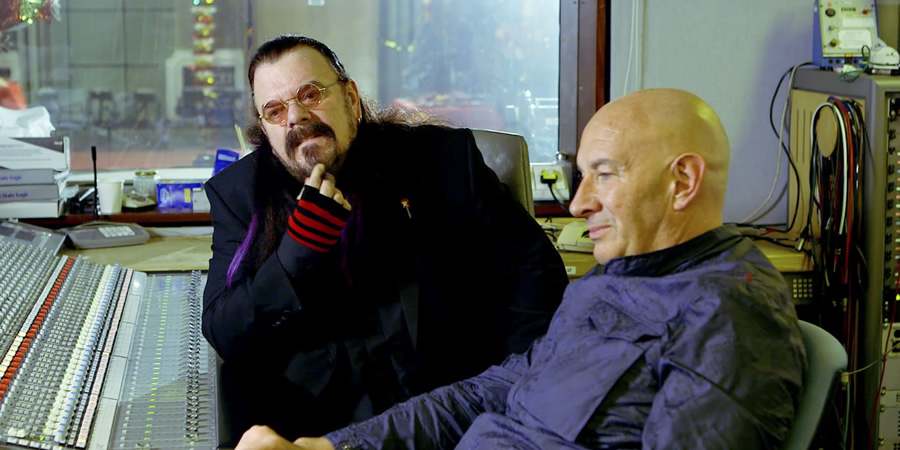 Brian plans to stage his entire debut solo album, Brian Pern's Musical Version Of The Day Of The Triffids, live from the peak of Mount Kilimanjaro in Africa with a host of special guests.
Preview clips

Brian Pern has allowed the BBC unlimited access backstage to this ground breaking show which not only reveals the technical challenges of performing live music - but the physical strains many rock stars of Brian's generation are facing as they enter their winter years.

The Day of The Triffids

Roger Moore recalls when Brian Pern asked him to narrate The Day of the Triffids.