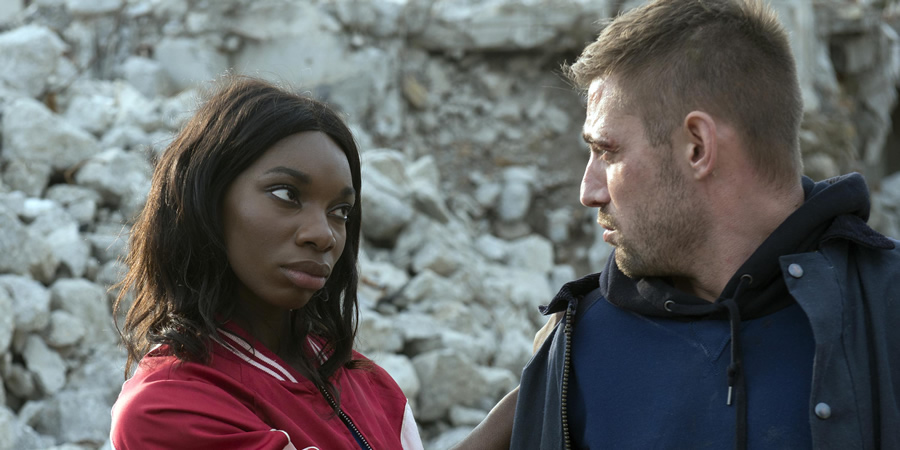 Lewis is a border guard at a checkpoint that patrols a wall, but after a chance encounter with mysterious alien Lilyhot his life is thrown into turmoil when he discovers that he's actually half alien.
Preview clip

Since they crash-landed in the UK 40 years ago, aliens have lived among us. Though they look and behave exactly like us, they are forced to live a segregated life, behind a huge wall in a ghetto called Troy. It's a hedonistic and ramshackle town, unpoliced and filled with gangs who make a living smuggling alien hair out of Troy to be smoked as a drug by humans.

Lewis is a border guard at the checkpoint that patrols the wall, but after a chance encounter with mysterious alien Lilyhot his life is thrown into turmoil when he discovers that he's actually half alien. Things begin to spiral out of control when Lewis' sister Holly becomes embroiled with an alien drug gang and is kidnapped and taken into Troy. Lewis, with the help of Dominic, an alien cleaner at the checkpoint, is forced to find a way to save his sister.

The school kids are in for a treat during the tour of border control.