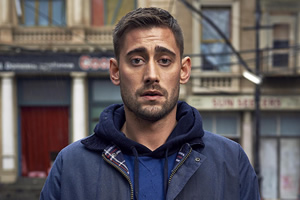 Lewis doesn't fit in either at work, as a border guard on the checkpoint between Troy and the human side, or with his family. He's an outsider, never suave or cool. He's vulnerable and a bit anxious.

When he discovers he is half alien, his world is thrown upside down.

Like all humans there's an element of casual racism in Lewis' attitude to aliens and he's often mean to Dominic, the alien cleaner who becomes his friend, he is fundamentally well-meaning and decent. He is funny without meaning to be and is very articulate. 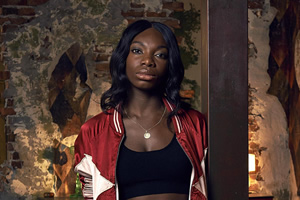 Lilyhot, an alien, is smart, calculating, tough as nails and knows just how to use her cunning, abilities, looks and street-smarts to get exactly what she wants.

She is chosen to be the way she is to survive the hardships of Troy. She's totally focussed on achieving higher status in Troy, and plays people because she has to, not because she enjoys it. 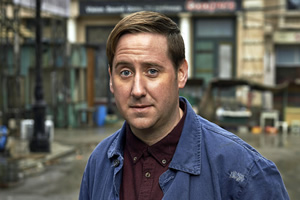 Dominic, an alien cleaner at the checkpoint, is childlike, enthusiastic and inadvertently funny. He is constantly looking to better himself and as such often lets his guard down and allows himself to be hurt. He's fiercely loyal to Lewis, whom he sees as his best mate. 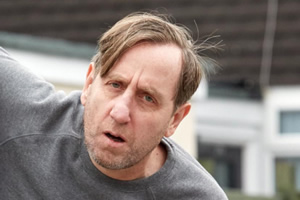 Antoine is Lewis' biological alien father. He is smart and dry, but he also has an edge of tragedy and menace. And also a lust for life. He is only violent when he feels he has to be - he doesn't relish it. But he has been head honcho in Troy and he knows what you have to do to survive. 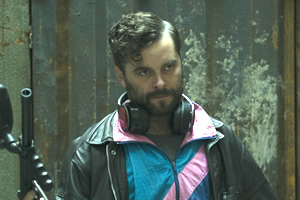 Fabian, an alien, is Antoine's old nemesis and has been running Troy since Antoine's imprisonment. Fabian's not stupid but he doesn't quite figure things out the way Antoine and Lilyhot do. He switches between the psycho gang boss and family man at a moment's notice. When he's at home, he tried to be a good dad. But outside the family, he gets off on inflicting pain - it's more than strictly business for him - it's fun.

Holly is Lewis' sister, but she has always felt jealous of him. Lewis has always been their father's favourite, the only straight member of their messed up family, with a steady job at Border Control. Holly is a small time fur dealer, tough on the outside, but underneath there's a brittleness to her. She doesn't express her real feelings, refuses to show vulnerability and often resorts to lashing out at the people she loves.

Niall is Lewis' human father. And an alcoholic. His parenting style is one of 'benign neglect' - he loves his kids in a passive kind of way, but they look after him more than he looks after them. He is forced to look at himself in a hard light as events in the series challenge his views and perceptions of the world.