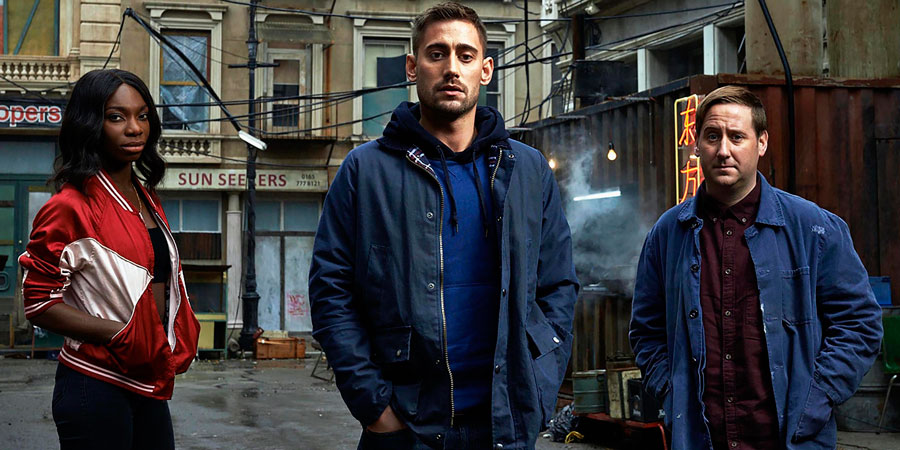 A "wry and riotous" adventure described by Channel 4 as "scabrously funny, shockingly violent and at times positively hallucinogenic."

The aliens are here. In fact, they've been here for the last 40 years. But though they walk like us, talk like us and look like us, they're not allowed to live with us. All aliens are forced to live behind a huge wall in a in a segregated community called Troy; a ramshackle and hedonistic ghetto where a criminal sub-culture thrives. It's a world of mystery, danger and forbidden pleasures.

Lewis is a border guard who mans the checkpoint between Troy and the human side of the wall, but when he discovers that he is the world’s first half-alien, he finds himself drawn into a world of divided loyalties, gang wars and a search for his own identity.

Other characters include Lilyhot, an enigmatic and alluring alien who is deeply embroiled in one of Troy’s criminal gangs. When Lewis crosses her path, her fate and his become inextricably entwined along with fellow alien Dominic, as they find themselves caught up in gang turf wars, prison breakouts, hostage situations and a fur trade unlike any you’ve ever seen before…