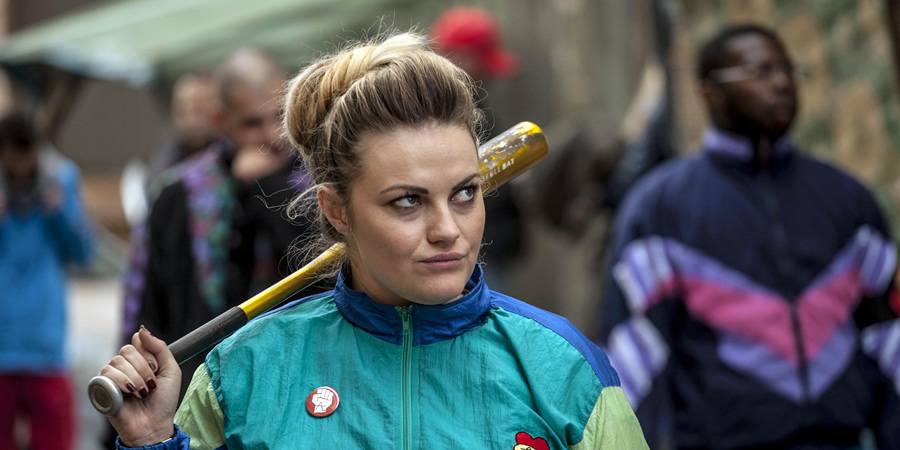 With his suspicions of Lewis growing, Truss decides to follow him into Troy and soon discovers Lewis' secret that he's half alien. But when he is spotted in Troy by the Alien League, a movement that fights for alien equality, they gang together to hunt him down. It is down to Lewis to get Truss out of Troy before the Alien League find him...
Preview clips

Lilyhot is forced to leave Troy. But will she give in?

Antoine warns Lewis of the possible dangers of his identity.