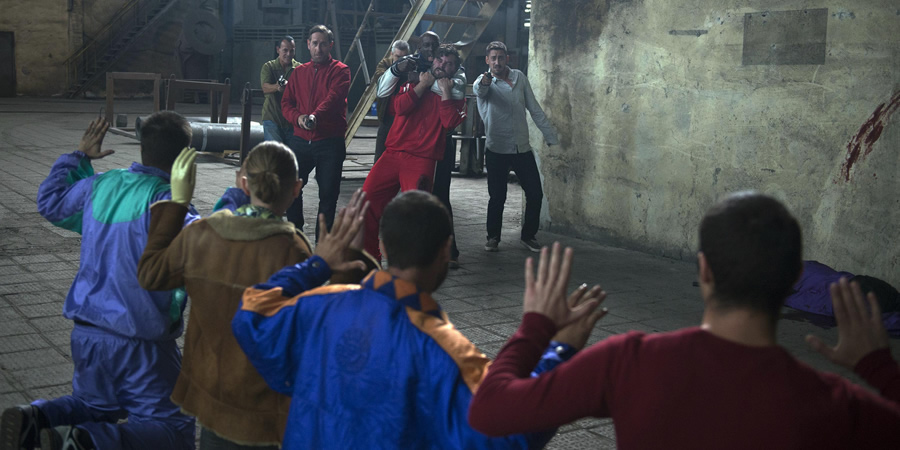 Lilyhot wants to start a gang-war in Troy. Meanwhile, Lewis reluctantly agrees to smuggle drugs through the checkpoint.
Preview clip

Antoine is paid a visit by Lilyhot who tries to persuade him to start a gang war with Fabian, telling him that he can beat Fabian and retake control of Troy. But Antoine isn't interested, he just wants a quiet life - and also realises that Lilyhot wants to start a gang-war in Troy in the hope that he and Fabian kill each other so she can take over the city...

Meanwhile, keen to impress Fabian, Lilyhot tells him that she knows a guard who they can use to smuggle 'fur' through the checkpoint. After being threatened by Fabian, Lewis reluctantly agrees to smuggle drugs through the checkpoint. However Lewis soon decides to defy Fabian and arrests the drug mule. Fabian, with the help of Lilyhot, kidnaps Lewis and starts to torture him. Lilyhot uses this opportunity to force Antoine back into action to rescue Lewis and in doing so kick-starting a gang war in Troy...

Will Lilyhot persuade Antoine to start a gang war with Fabien?