The Sitcom Mission held its 8th annual industry showcase on the 19th October 2017. 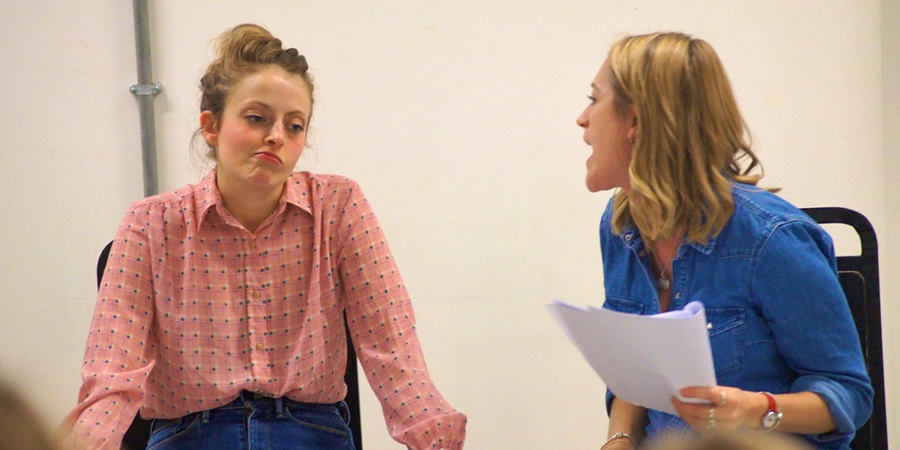 Declan and Simon say: "More people than ever before used our feedback service; out of 208 entries we gave 174 pieces of feedback at entry level, and we put the 8 long-listed scripts through rewrite after rewrite until we decided they were ready for an audience.

"After the longlist public show we felt confident that we knew which scripts should go through to our industry showcase at the New Diorama 2.

"Normally we have a fairly even distribution of industry people and friends and family, but this year practically every seat was taken by either a Commissioner, a Producer or someone from a TV or Radio company. We were packed. So much so that the writers had to stand at the back because last-minute bookings meant that we ran out of seats.

"After the show the judges were torn between two scripts, but eventually came down in favour of Do It Yourself by Ben Hogan and Colin Elves. Congrats to those two obviously, and also to the other finalists; Adriel Leff for Joe Pair, Mike Arber for The Roaring Twenties and Tasha Dhanraj for Hard Principles.

"Sincere thanks to the twenty or so actors involved. We continue to attract top-notch comedy actors who can really bring a script to life."

On a sadder note, Declan couldn't make the show this year as he's been battling cancer. With Dec's determination and the heroes of the NHS behind him, cancer may as well throw in the towel now. If you'd like to follow his progress, here's a link to Dec's Popmaster page: Facebook

This year, the Mission has expanded to include Jamie Humphrey our social media guru and photographer. If you think that you too have something to offer us contact: info@sitcommission.com

Now to start thinking about our 9th show...