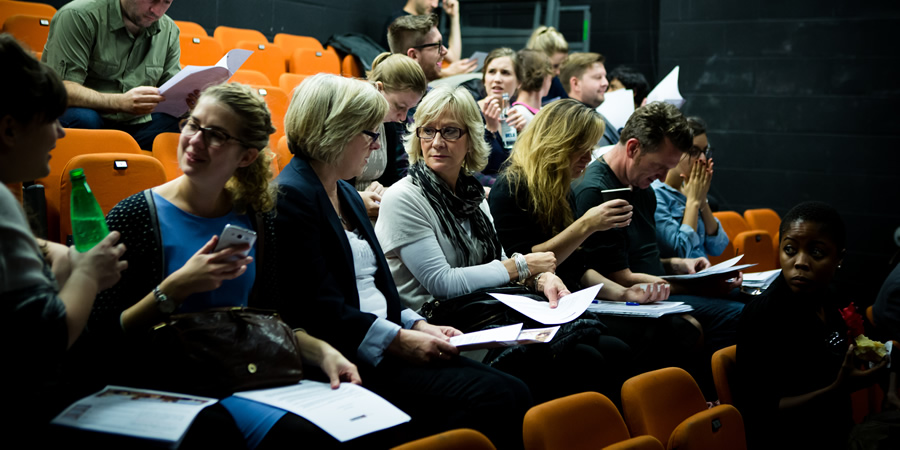 Sitcom Mission is aimed squarely at what it does best - script development.

Ever watched a new sitcom and thought: 'I could do better'? Well, now's your chance to prove it. We’re looking for the best 15 minutes of original comedy with exciting, original characters an individual voice and an engaging plot to showcase at our industry final. Previous winners have had their work seen by commissioners from every major UK broadcaster, as well as production companies that specialise in comedy such as Hat Trick, Endemol, Avalon, Tiger Aspect, Talkback, Rough Cut, Baby Cow, DLT, Yellow Door.

Since we started, around 6,000 scripts have been entered into Sitcom Mission.

The 2020 entry window was from 1st January to 2nd August. Here is the shortlist. The competition will return in 2021.

"… nothing compares to having talented actors perform your script in front of an audience. If you're lucky enough to get long-listed for the Sitcom Mission, you get this and much more. The read-throughs, helpful notes from the producers, and feedback from other writers…helped to give my script a serious lift." - Nick Flugge

"I would totally encourage anyone who's thinking about sitcom writing to send their submission into The Sitcom Mission. The best part about the process has been getting feedback, reworking the script, learning about what does and doesn't work in a sitcom and finding my own sitcom voice." - Lorna Woolfsen

"I'm so pleased I entered the contest and looking back on the journey the script went on from start to end I feel very fortunate to have been involved. So writers: get on it! Enter next year. You won't be disappointed." - James Huntrods

"Declan and Simon have, between them, a script development brain that instantly finds ways to improve action, dialogue and in my case a complete overhaul of one character's sexuality." - Chris Harris