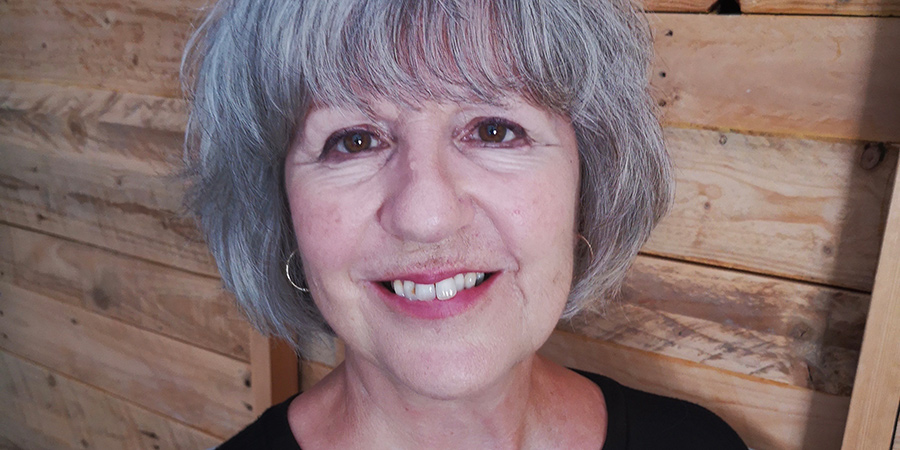 The 10 rules of sitcom writing

Freelance comedy producer and executive Alison Vernon-Smith talks us through the ten rules of sitcom...

I used to be an executive producer in the BBC Radio Comedy Department. It doesn't exist any more. It died the day I left I like to think but actually that's not true, it just morphed into BBC Studios.

When I started some eleven years ago, I'd never done any narrative comedy. None. Well that's not entirely accurate, in the mid 80s I had the idea of creating a Carry On pantomime for Loose Ends. Arthur Smith wrote it holed up in a tiny cupboard in Broadcasting House; I'd pass through tea and clouds of fag smoke would billow out before I shut him in again. Despite that, and a dream cast - Arthur was Sid James (obvs), Barbara Windsor was Buttons, Julian Clary was Kenneth Williams, Frankie Howerd and Jonathan Ross were the Ugly Sisters and Rory Bremner was everyone else - it was utterly dreadful. Mainly because me and the other producer hadn't a clue about narrative scripts and how to direct them. So, many years later, I found myself in the BBC Comedy department having to tell experienced producers what was wrong with their sitcom scripts. No wonder they hated me.

What 'PDG' stands for nobody is sure, but it's probably Programme Development Group or something equally unimaginative. It's the comedy department's way of looking at all the ideas their producers want to develop. Every month a handful of people trawl through up to twenty scripts looking for something that might get bought by Radio 4 and then meet to discuss them. I had to sit in that meeting and give everyone the benefit of my ignorance. Ha! But, I was saved by the man to whom I will always be grateful, probably one of the best script editors in the history of comedy. Paul Mayhew-Archer sat on the PDG for my first few years and, through him, I learned to love scripts and script editing. 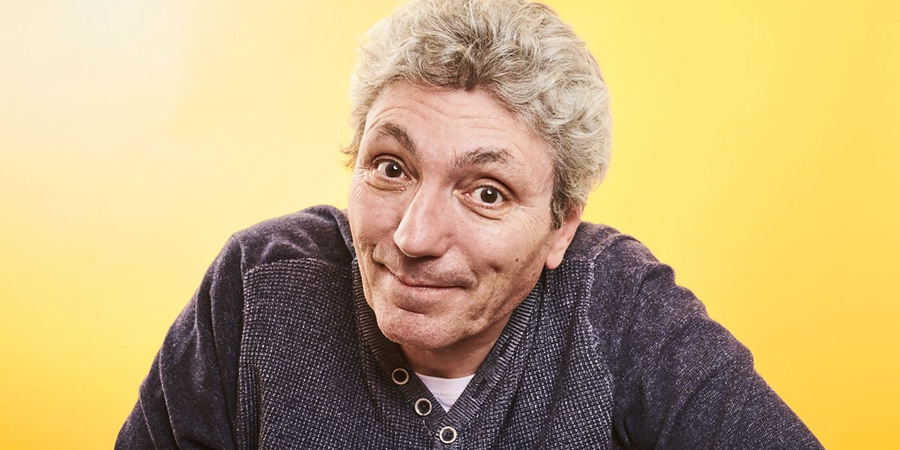 If you don't know who Paul is, Google him. What Google won't tell you is that he's one of the loveliest and funniest men you can spend time with. In what amounted to a monthly masterclass, Paul would courteously and methodically dissect a script, finding its heart if it had one and showing what was missing if it didn't. I listened to him and read a lot of scripts and began to understand what narrative comedy is, why some characters fly, the importance of set-up, why subtext is key.

I also went to Robert McKee's Story course. Robert is not Paul, he's not funny and he's not lovely but he does run a very tight ship and an excellent course. I recommend him if you're interested in this sort of thing and you don't have Paul on tap.

So, what with PDG and a constant trickle of unsolicited scripts (radio producers do go the extra mile and try to look at everything that comes to them, eventually), I read a lot of potential comedies. Depending on my mood I would be either baffled or really cross that apparently so few of their writers had considered what a narrative actually was before opening their laptops. If you set about re-grouting the bathroom you at least look it up on YouTube. For every fifteen scripts I read, I might see one that made me smile. Finding In And Out Of The Kitchen by Miles Jupp or Start/Stop by Jack Docherty in your pile? Red letter day.

Just after I left the department, I was banging on about this to Harry Venning over a flat white. Harry co-wrote Clare In The Community, one of Radio 4's longest running sitcoms. Anyway, after a few flat whites and a lot of banging on, we decided we'd hold some workshops for people who would like to have a go at writing sitcoms or who've tried and it's not working. 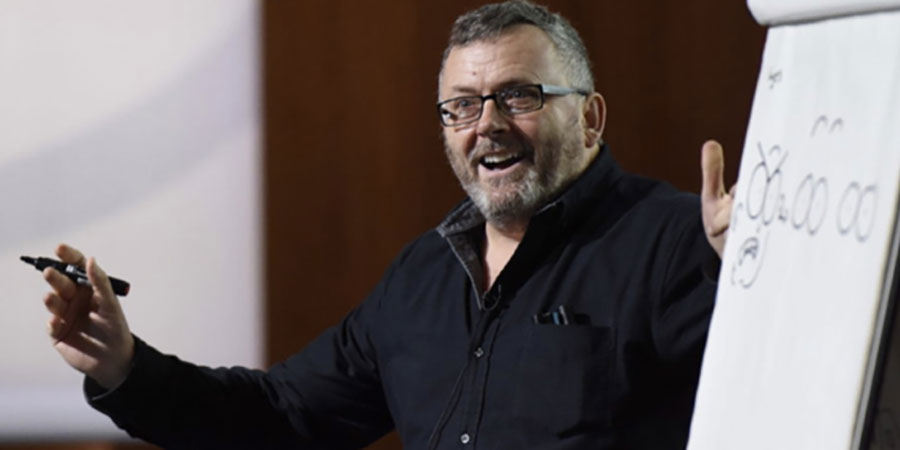 We'd try to distill what we'd learned into some fairly basic lessons on the essentials of narrative comedy. We'd cover set-up, character, dialogue, plotting and structure and the rules of sitcom. By the way, whenever a new writer tells me they want to 'break all the rules and do something really different' I have to shove my fist in my mouth. Probably to stop it punching them.

Rules are just lessons really, what works and what doesn't. Good sitcoms are complex and have emotional depth, their characters live and you remember them your whole life. To create them you need to have understood the rules of the genre and if you're an exceptional writer, you can bend them. So here are the rules of sitcom according to Harry and Alison, (and pretty much every book on the subject). They're all obvious and overlooked in an astonishing 90 per cent of scripts.

At its heart a sitcom has at least one brilliantly constructed comically flawed character. They need some emotional depth, not be just an archetype or even worse a stereotype. And they must be funny. Do not make your central character the straight man to all the others. The last point is very much aimed at stand-up comics trying sitcom, who weirdly do this all the time.

Trap your characters so your characters are forced together. Your setup must allow for them to have to spend time and space with one another and it must be simple to understand, you don't want to spend five minutes explaining it at the top of every episode.

Conflict. Put your characters into situations in which they experience conflict both with the world and with themselves. They're fighting to keep the inner them from buggering up what their outer them wants or needs.

Create a set-up in which all these ingredients exist and can thrive - character + conflict = comedy! Who, what, where and why in one line. If your comedy can't be described in one line containing these elements then it's probably not working.

Nothing Changes. Your characters don't learn by their mistakes, their circumstances don't change. Del Boy never stops trying to make it into the big time but never does, David Brent is never loved, Raymond will never be respected by his family. When your character achieves their aim, the party's over - see Del Boy getting rich, David Brent gets a girl. Remember the Sienfeld credo - NO HUGGING, NO LEARNING. 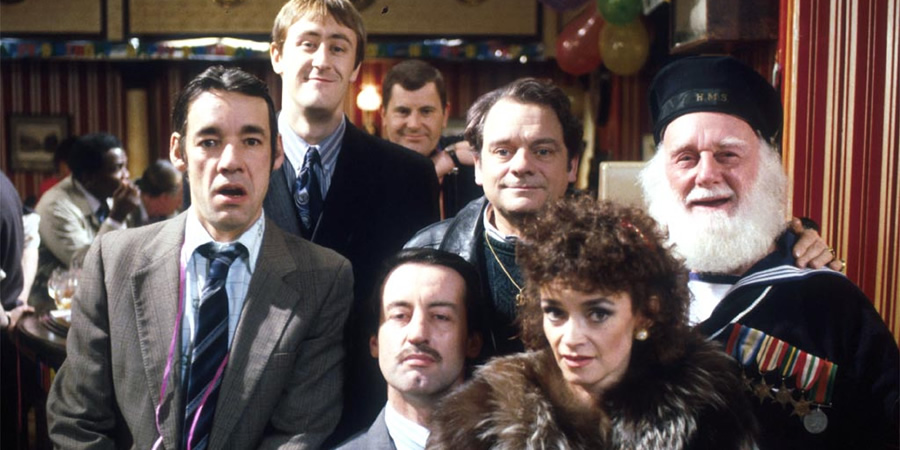 Plot. Something interesting must happen! There must be a story. Lots of scripts are full of people just exchanging lines. There must be a plot which develops and escalates.

Your plot must have jeopardy and it must involve your central character. They must have something to lose in every episode, their fortune or their dignity, it doesn't matter. It doesn't have to be big, but it has to be proportionate to their world... small things can be huge. Harry's favourite example is Captain Mainwaring and his medals (he doesn't have any).

Escalate your plot but in a way that follows its own logic and is entirely within the logic of your characters. Everything must be to scale. If you start making your characters behave in uncharacteristic ways, it will not be believable. And, from a writer's point of view, it's fun to visit misfortune on your characters.

Sub plots. You need to have one and usually it involves your supporting characters. It helps with structure and stops everyone getting bored.

The plot must be within a discrete time frame. For one episode it's, at most, 48 hours.

So there you have it and if you take issue with any of this - hurrah! Few things give me more pleasure than banging on about sitcoms so, you know, get me a flat white and I'm yours for a good couple of hours.

Alison Vernon-Smith is a former executive producer in BBC Radio Comedy now a freelance producer and exec. Harry Venning is a writer and cartoonist, co creator and writer of Clare In The Community.

Alison and Harry are running Beyond A Joke - a three part, online, narrative comedy writing course in January. Details and booking via AudioTrain

A gift voucher is available. It's a cartoon by Harry Venning, sent to anyone who'd like to give the course as a gift to.