As the lockdown kicks in, eight random comedians answer the mysterious Question Nine. 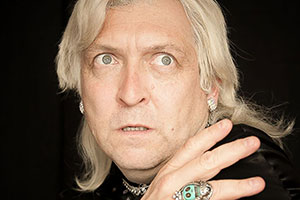 He's the man behind Phoenix Nights' inappropriate paranormalist - and lots more besides - but which soft-rock singer does Alex Lowe fancy replacing? 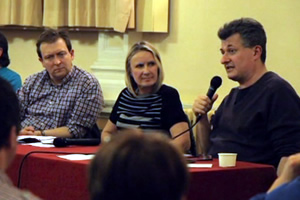 An hour-long video packed with insight about comedy on the radio. Alex Lowe, Jane Berthoud, David Tyler and Paul Bassett Davies discuss everything from the commissioning process, through to actors needing shorter lines. 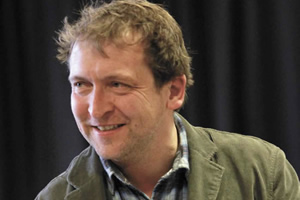 Alex Lowe, also known as Barry from Watford, talks about returning to the Fringe alongside Angelos Epithemiou, and working with Peter Kay, Steve Wright and Noel Edmonds.

If you want to catch this tour and you are a fan of Phoenix Nights or Baptiste in particular, then I would highly recommend grabbing a ticket. Seats are selling fast and you certainly won't be disappointed with this great evening of comedy.

It has always fascinated me how the briefest of television appearances can sometimes make the biggest impressions.

Lucy Porter and Brenda Gilhooly to pilot Add And Delete

There's a thin line between a spoof of a cheesy low-rent entertainer and the real thing, and Alex Lowe - the man behind Baptiste's bouffant - too often finds himself of the wrong side.

Alex Lowe, also known as Barry from Watford, talks about returning to the Fringe alongside Angelos Epithemiou, and working with Peter Kay, Steve Wright and Noel Edmonds.

The third series of Detectorists starts Wednesday 8th November on BBC Four. Here are Sophie's thoughts on the opening episode...

An unlikely twosome takes to the road promising to tackle important themes such as adequate sleeping arrangements and pet elephants.