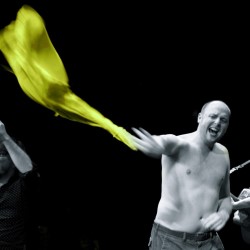 Parry wears yellow T-shirts and can prove that fancy dress makes you live longer. The funniest* third of award-winning Pappy's (*citation needed) presents his debut laugh-riot** (**citation needed). Star*** of Badults, Miranda, Phone Shop (***correct). 'Parry is Lord of Misrule' (Guardian). 'I take my hat off to people who get up there and just have a blast. Bloke from Pappy's the other night got up there with half a clue what he was doing, had the time of his life ... as did the audience' (@nottinghamropes). Chortle Award winner. Two time Edinburgh Award nominee.