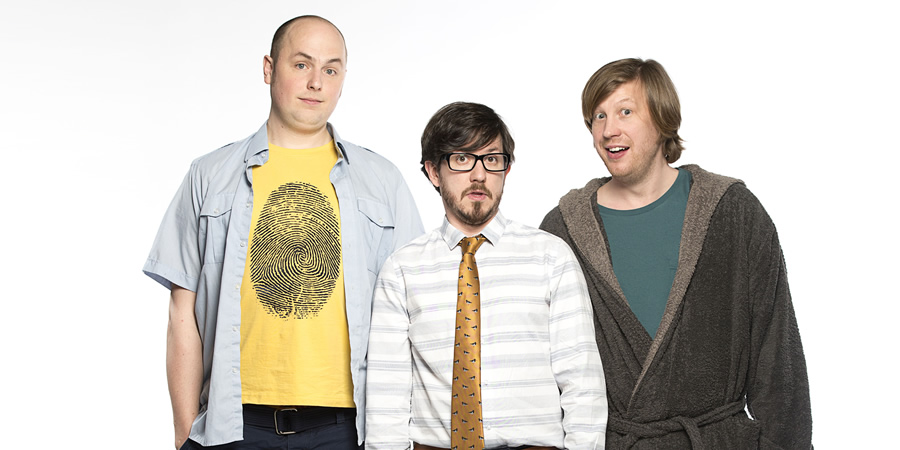 Outrageous, ridiculous, and with an anarchic streak, Badults is a studio based sitcom which follows flatmates Tom, Ben and Matthew on a series of adventures that lead them to the brink of death, imprisonment, or even worldwide fame.

Now in their late 20s, Tom, Ben and Matthew are living out the pact that they made as kids; to live together when they're all grown up. But in truth they simply can't act grown up - they are bad at being adults - they're 'badults'.

It very quickly becomes clear that this isn't a conventional flat-share. Instead it's a springboard for a series of absorbing, unexpected schemes: transforming the flat into a pop up restaurant, launching a new dance anthem into the charts or re-enacting the French Revolution (to list just a few).

Pappy's say: "Having spent 10 years on the live circuit, this is an absolute dream come true for us. We wanted to create a TV show that transformed our live, stage work as Pappy's in to a sitcom with very much the same silly, old school studio sitcom style. We are thrilled to have worked with such an impressive team at Comedy Unit and BBC Three, who got our sense of humour straight away and have had faith in us every step of the way."

Series 2 hopes to answer some of life's biggest questions. Where's the best place to watch the football? What happens if you live your life by the roll of the dice? Are the neighbours Russian spies? And what's worse, magic, poetry or trampolining?