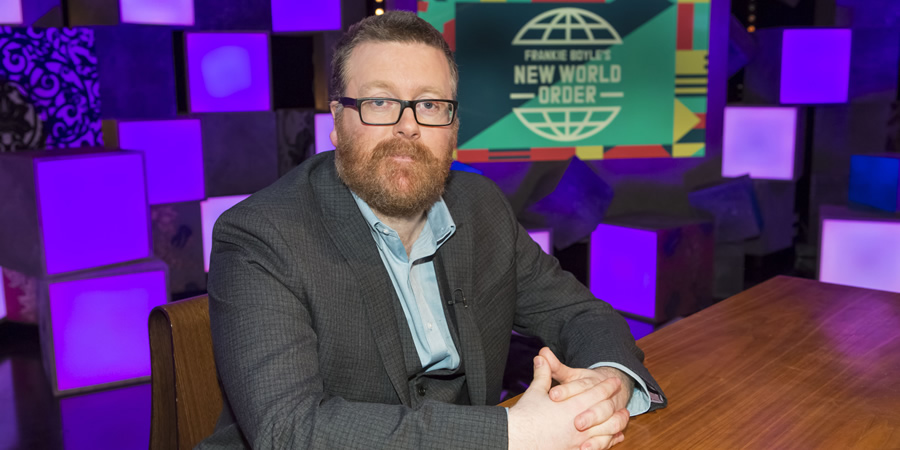 Went to see him last night - I have to admit I was really looking forward to it.

He steals the show on MtW everytime, and he's always got some really funny lines. but I have to say he's a very average performer with only a small bank of material, most of which he'd done on the telly many times. At one point he just went through lines that got cut from MtW, and just told them on stage.

He's got some great lines, but a lot of his stuff just targets standard 'offensive' stuff - paedos, Maddy McCann etc.

He had no stage presence and wasn't able to really ad-lib.

He also came across as a bit obnoxious, and it's a fine line between playing a character, and turning into Jim Davidson. He kept calling everyone 'motherf**ker' too, which started to grate. Okay, yeah it's probably an ace but 75 mins of constant arseholery with jokes that all followed the same pattern left me wanting something a bit different.

That said, he does have a great way with words - to mean when he picks a brand name, or an object, he always gets it right. On scientists doing useless experiments when they could be curing cancer - "No, I'm going to find out how many Fruit Pastilles it takes to choke a kestral".

He also did no oncore. Apparently he only does them occasionally - and he actually waits and decides if he's going to do one, not like most comics where it's written into their contracts. I suppose for that you can give him credit, but 2 encores in over 100 shoes isn't great.

Overall, a touch disappointed. What you see on MtW is basically the sum of his live act, just even more near the knuckle. Like many TV comics now, he just uses up all his stuff on the box, leaving no surprises in his live act.

So - lots of good gags, but his live show is nothing new. Catch it on DVD, but I wouldn't go out of my way to see him live.

Yeah, I love him, but he does seem the type to reuse the same material on every appearance across TV, radio, etc. And however great that material is, on the third or fourth listen it's not going to feel worth paying the money for a ticket.

But if he was doing a gig with guaranteed all new material I'd loooove to go.

I don't like to say he's shit but he certainly ain't my cup of tea.

I feel he's crude just for the sake of being crude and that does nothing for me.

Saw him earlier this year and Seefacts sums it up perfectly.

I'm seeing him on Sunday and we're sat in the front row!! I'd forgot we were going so my expectations haven't been built up.

Did he talk to audience members much?

I was in the second row and right in front of the mic. for Sean Lock a few months back so spent the whole night avoiding eye contact. It will be even scarier with Frankie Boyle!

Going by what's been posted, this thread has got me thinking about how limited comics like Frankie Boyle are. The same applies to Lee Mack who I really think is genuinely funny. However, the first time I heard him was on his radio programme (I bought the CDs from his two radio series), then on Live At The Apollo and then again recently on his own special. It's still funny but old as the material is exactly the same.

I've just picked up tickets for Stephen (or is it Steven) K Amos. Like the others I've seen him on Live At The Apollo and more recently on the tribute programme to Prince Charles at the weekend, which took in a lot if not everything that he did at the Apollo gig. Has anyone else seen his act?

I get the impression that someone was about to run a drink and drugs shame story about Boyle and he was approached by the paper and offered the chance to talk 'exclusively' in return for them not running it?

Shame, I was trying to get tickets, but noticed on his appearance at Live at the Apollo he used a lot of the same material as MTW.

I watched Lee Mack Live the other night, thought he was superb, really really good.

Baumski, I saw Stephen K Amos in Edinburgh at the fringe festival this year and he was hilarious! The show was called Find the Funny (Something like that) and at the beginning he got a member of the audience to keep count of all the laughs, claps, cheers etc throughout the show. A bit like when they got an audience member on Baddiel and Skinner unplanned to keep note of the show. The show was only an hour long (as they all were at the fringe) but the laugh count was well over 200! I've seen him quite a lot on TV in various things and everything he said was new material to me which was great. Would highly recommend him to all! Hope that helps! Q!

Thanks for the report on this Seefacts.

Is anybody really that quick-witted on those TV shows? On all these shows they know the questions beforehand, and go in with reems of "ad libs" at the ready. Also, with somebody like Frankie Boyle, maybe he's always at his best as a supporting player - stick him out on his own and his various deficiences are highlighted.

The comedians on MTW are as sharp-witted a bunch of comedians as you could find anywhere, I'm sure of that.

Having said that, I know someone who's worked on MTW, and also once chatted to someone who is a gag-writer for a big-name comic, and they both tell tales of much pre-planning and preparation. The comics turn up at the set with long lists of pre-written gags, topical and otherwise. Many written by themselves, many written by other writers. Obviously the "can you give us five minutes on football/the royals/whatever" bits are written in advance by the comics who bring the routine with them to the show. Plus obviously many of the games are played over and over again until enough good gags come out to fill the airtime.

But obviously, once they all start interacting, the improvised gags start coming out, and some of those are the best jokes of all. But not all of them, which is why I'm glad there's a whole bunch of top gags in people's pockets that have been worked on in advance.

So am I. I want a show to be as funny as possible, and I don't give a damn how they arrive at that.

Yeah that is a poor encore to shoe ratio; only one in 50 pairs!