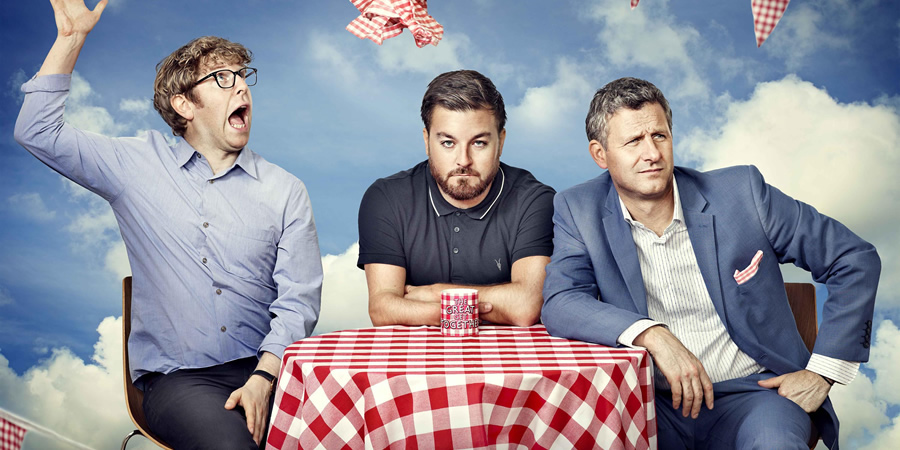 Inspired by and in memory of murdered MP Jo Cox, this special pays tribute to Jo and celebrates what we all have in common. With warmth and humour Adam, Alex and Josh reunite famous foes and settle some long-standing disputes. Nick Clegg, Alastair Campbell, Jon Richardson, Stephen Mangan, Elbow, Lily Cole and James Buckley are amongst the guests.
Preview clips

After polling day, and with the recent divisive election and referendum campaigns behind us, Channel 4 hosts this special programme dedicated to bringing people back together. Inspired by, and in memory of MP Jo Cox.

With warmth and humour Adam Hills, Alex Brooker and Josh Widdicombe reunite famous foes and settle some long-standing disputes as high profile guests from the worlds of politics and show business come together and put their differences aside. Cross party involvement and international faces are lending their support in surprising and interesting ways across the evening.

The show kicks off a weekend of UK-wide community events, street parties and picnics organised by The Jo Cox Foundation under the banner of The Great Get Together. The Last Leg's Re-United Kingdom and The Great Get Together aims to be a weekend of celebration and reconciliation as we remember the words that Jo spoke in her maiden speech to Parliament that "we are far more united and have far more in common than that which divides us".

Channel 4's Head of Entertainment & TV Events, Ed Havard, says: "We're genuinely honoured to be joining forces with The Jo Cox Foundation. From the Paralympic Games to General Elections, The Last Leg has used entertainment and comedy to address important issues and so it is the perfect programme to drive home the message at the heart of this Re-United Kingdom special."

Tony Blair appears in a sketch 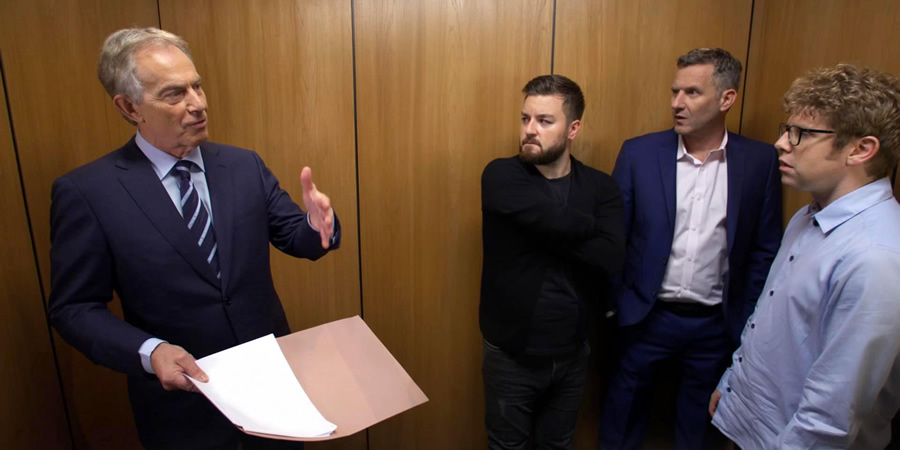 As the Last Leg boys enter 'The Lift Reconciliation' bickering, a mysterious figure lurks behind a book listening in on their squabbles. As their spat reaches its peak the man behind the book is revealed to be Tony Blair who tells them to pull themselves together and unite to celebrate the life of Jo Cox. 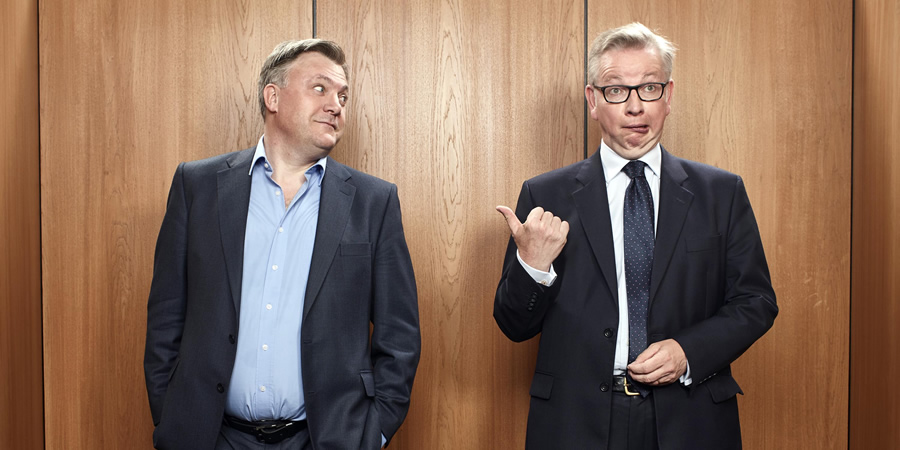 As well as speaking to an array of famous faces from across the worlds of politics, celebrity and music, The Last Leg boys reunite the likes of political rivals Tony Blair and William Hague, and Nicola Sturgeon and Ruth Davidson.

The politicians take an awkward ride in the 'lift of reconciliation'. Those pairs include Ed Balls and newly appointed Environment Secretary Michael Gove. It may only be a short lift ride but perhaps a shared love of Korean pop music and dance will help them settle their differences by the time they reach their destination?

This episode was co-produced with 2LE Media.

In an act of unity, and revenge, Alex Brooker gets 'Clegged'.

An Anchorman parody with the newscasters of Channel 4, ITV and Sky News.