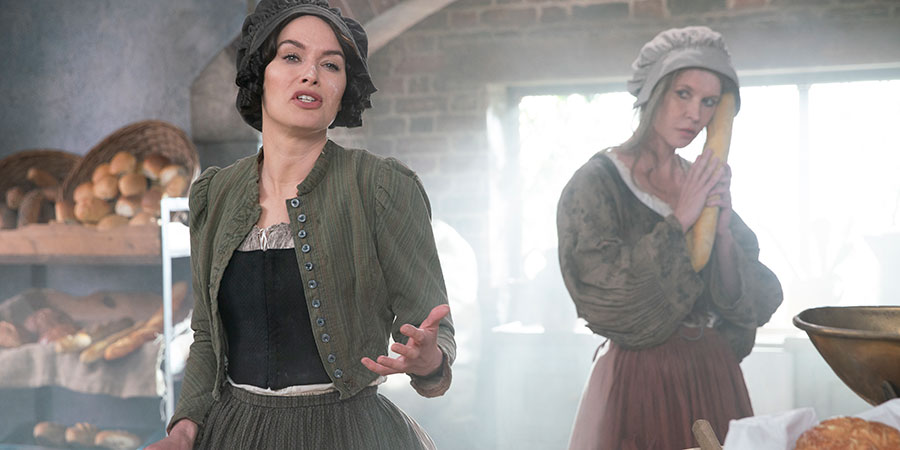 Emma has landed a small part in Dan's film, which stars Lena Headey as an autistic 19th Century baker. Meanwhile, Sally takes time off work to attend David's father's funeral. Eleanor accuses her of flirting with Nigel, a recently divorced work colleague. But Sally tells Eleanor that she has a girlfriend. At the funeral, Kate confesses to Sally that she has serious doubts about Emma.

Back on set, things go badly for Emma in her scene with Lena Headey, and it looks like she will be sacked. That is until she comes up with an exciting sexual offer that Dan can't refuse. Unfortunately both Kate and Sally arrive on set in time to witness more than they bargained for.

Emma in the make-up trailer