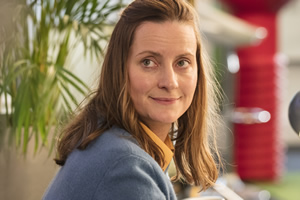 Sally leads a comfortable but dull life. She works for a marketing company and lives with David, her partner of 10 years. She's bored. But then she meets Emma, and her life suddenly becomes exciting and sexually intoxicating. Sally finds it difficult to say what she wants. Her inability to assert herself means that when life with David becomes stale, or when Emma becomes manipulative and demanding, she can't confront the issue. Sally is happiest with Nigel, her work colleague, but does she have the decisiveness and gumption to go for what she really wants? 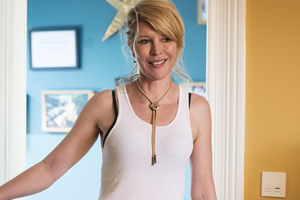 Emma is opaque about her past. She claims to be a musician, author, artist and actor, but when she meets Sally it's clear she has nowhere to live. Emma is sexy and exciting, but she's also manipulative, selfish and self-absorbed. She's a habitual liar and will say anything to be the centre of attention and to exploit a situation to her own advantage. She does, however, have a vulnerable side, making her demanding and needy, but that doesn't stop her becoming obsessed with controlling Sally's life. 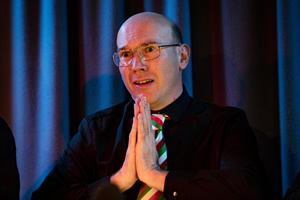 David is a wedding photographer who has limited horizons and is perfectly happy living a conformist suburban life with Sally. But David is sexually frustrated, and it makes him creepy around Sally, who over the years has become bored. Although a caring partner, he lacks the imagination to reignite the spark between them. David is incredibly unlucky in life and love. But happiness may be around the corner when he meets Eleanor, who is equally as dull and unimaginative. 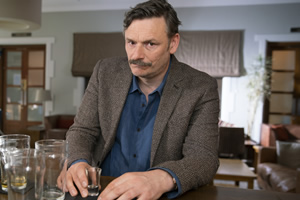 Nigel is Sally's work colleague and, having recently been through a painful divorce, is looking for a quiet life. He and Sally work well together and the chemistry between them is evident. Nigel is a decent man, who can't admit to himself that he's lonely and although he dates other women, he never has the effortless rapport with them that he has with Sally. 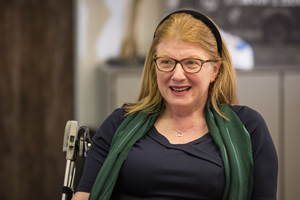 Eleanor is Sally's 'frenemy' and rival for promotion at work. Eleanor is a wheelchair user but she is ambiguous about her disability, often changing her story about why she is confined to her chair. Eleanor is also Sally's rival for Nigel's attention and is deeply jealous of Sally, never missing an opportunity to cast aspersions on her colleagues to Sally's boss, Deborah. 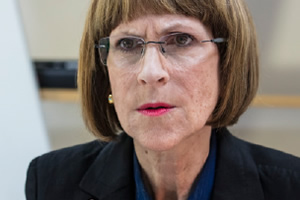 Deborah is Sally's manager and tries to stay professional in the office. She is not averse to ticking off Sally and the team if they are late or slacking. But Deborah is not as competent as she would like to think, and her office demeanour belies a passionate heart, something which comes to the fore at the office away day.

Belinda is Emma's therapist and gives her and Sally relationship counselling. Belinda is extremely confident and articulate but much of her advice is suspect and far from therapeutic. She continually sides with Emma when discussing her relationship with Sally and completely ignores Sally's feelings. Belinda is closely involved in all aspects of Emma's life but in an unhealthy and suffocating way.

This hospital surgeon has a cheery, brusque, no-nonsense personality with a deeply insensitive god complex and lack of empathy.