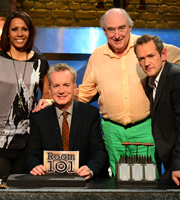 - Henry: People who talk to him at breakfast.

- Kelly: Stickers on the bottom of new plates, cups, glasses and cutlery.

Broadcast on Thursday because the FA Cup was shown on Friday.