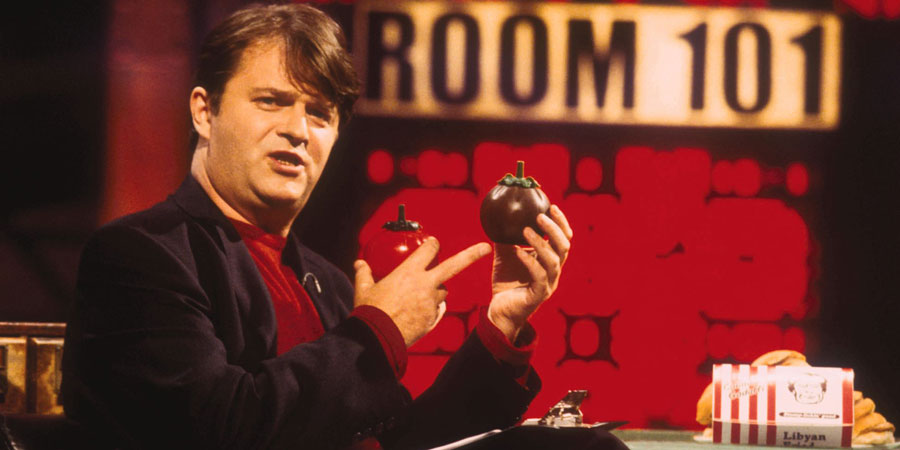 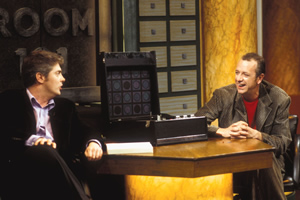 Supposing you had the chance to get rid of some of your worst nightmares, what would they be?

While working for the BBC, novelist George Orwell spent many of his most boring meetings in a place called 'Room 101'. This place left such an impact on Orwell that when he came to write his dystopian novel Nineteen Eighty-Four, he turned Room 101 into the place that contains the worst thing in the world, designed to scare that person into obeying their master, Big Brother.

In 1994, the series moved to television, with comedian Bob Monkhouse] as the first guest, where he revealed his loathing of the French, Elvis Presley, Kumbaya and (perhaps the most surprisingly) The Golden Shot, a TV game show which he hosted. The items Hancock allowed into Room 101 went in via a conveyor belt, with some non-related (and always horrible) music playing as the item disappeared. 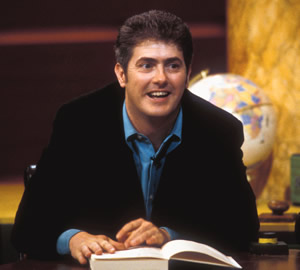 During his reign as host, Hancock operated a strict system and maintained a strong argument throughout: should a person get more than three items into Room 101, he would allow the guest to get rid of a bonus item. This did cause the host problems, as was evidenced when Angus Deayton used the bonus to get rid of cricket, a sport that Hancock is a fan of. Conversely, if a guest did very badly, then an item that had been previously cast into Room 101 was taken out.

In 1999, the host changed, with Paul Merton taking over control of the room. To ensure a smooth hand-over Hancock was his first guest. It soon became apparent that Merton was to adopt a much more laid back attitude as to which items could go into the room (which now went in via a trapdoor and without the music). The bonus item rule was also dropped.

Many of the show's greatest moments have been under Merton - and indeed some of the most controversial. The most infamous moment in the show's history came when Anne Robinson nominated 'Welsh people'. Merton obviously did not allow the suggestion into the room, but it still generated many column inches and was investigated by the BBC board of governors (story). However, Robinson's next item (novelty motorised plastic fish Big Mouth Billy Bass) went in without such problems. Robinson was later cast into Room 101 herself when she was nominated by Jessica Hynes (then Jessica Stevenson).

Another notable moment came when Stephen Fry appeared on the show. He suggested putting Room 101 itself into Room 101, as he argued that the show was about people hating things and was therefore too depressing, with no-one talking about nice things. As a response, Merton (for a short while) created Room Lovely, in which Stephen talked about the things he loved most. 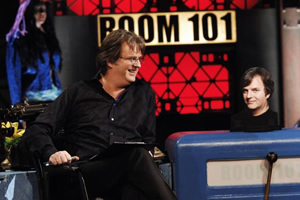 The success, and also sometimes the failure of Room 101 comes from the fact every episode has different guests. Jo Brand, Ross Noble, Will Self, Mo Mowlam, Ricky Gervais and Jim Davidson are just a few of the many guests who have appeared.

Merton left the series in 2007, with fellow Have I Got News For You team captain Ian Hislop being his last guest. This made for a particularly amusing episode as Hislop spent most of his time nominating things Merton liked (such as Charlie Chaplin and The Beatles). Hislop's final choice was Merton himself. Paul allowed himself to be put in the room, provided Hislop went as well.

After a break, 2012 saw a Room 101 revival, now with significant format changes. Hosted by Frank Skinner and moved to BBC One, three guests were invited to take part in each episode instead of just one, arguing for their own nomination to be the item banished in a series of themed rounds.

The show is split into categories (e.g. sport), often including a wildcard round where the guests can nominate anything. Only one of the three items may be put into the room in each round. The guest who is most successful during the show is invited by Skinner to put a bonus item into the room at the end of the show, unchallenged.