Ian Wolf is the "Data Specialist" for British Comedy Guide, a job which involves writing up articles for several shows, creating feature articles, reporting news stories, maintaining the TV and radio schedule and so forth. Probably his most famous work is collecting the reviews for all the shows during the Edinburgh Fringe, which he has done since 2010. In 2019, he became a judge for the Increasingly Prestigious Malcolm Hardee Awards.

He has also in the past tried writing comedy, having some sketches broadcast on radio. He also appears to be QI's most pedantic viewer and in 2020 he became a question writer for Richard Osman's House of Games and The Wall under his real name Ian Dunn. 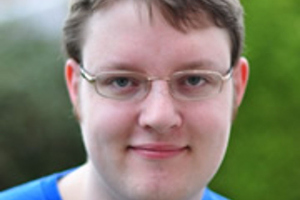 Non-comedy TV and film credits might be found here:
Ian Wolf on IMDb