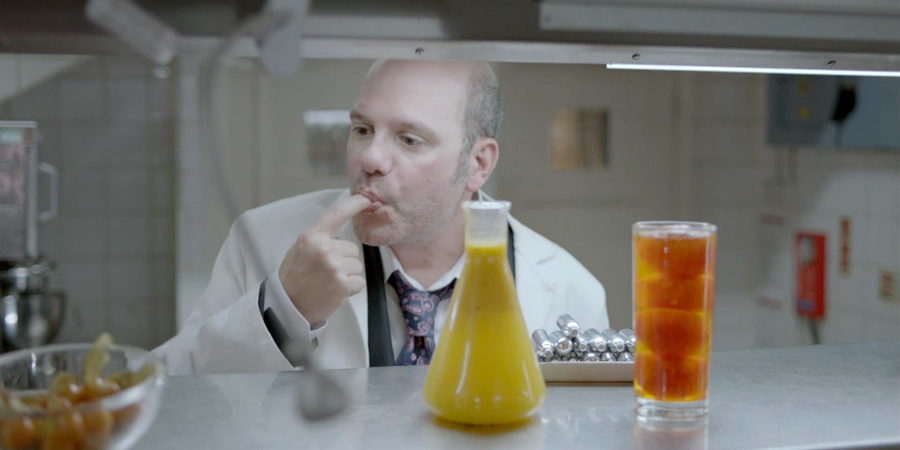 Series 2, Episode 3 - How The Liver And The Salad Conspired To Ruin Todd's Good Deed

High on morphine, Todd mistakes a small teddy bear for Hudson, Alice's former boyfriend, whom he rightly suspects of trying to win her back. Desperate to make it to La Molecule before Hudson, Todd steals a test tube of toxic spores on the way.