Sharon Horgan has shot her next television project, a comedy drama for Apple TV+, British Comedy Guide can exclusively reveal.

Horgan writes, stars and is showrunner on the series for Apple TV+, with the working title Emerald, shot in Ireland last month and due to air next year. Set in London and her homeland, as with all Apple products, the production name is liable to change for broadcast.

Co-starring French-Moroccan actor Assaad Bouab (Call My Agent!, The Pursuit Of Love) and directed by Dearbhla Walsh (Shameless, Fargo), Emerald is rumoured to be a dark comedy thriller in the Fargo mould which also features Eve Hewson and Brendan Gleeson.

Horgan was photographed by the Irish Times as she was filmed by a television crew swimming in Sandycove in South Dublin last month, with the paper reporting that the production was also set to shoot in Belfast and Howth. Emerald is being produced by Johann Knobel (The Watch, Shameless) for Horgan's production company Merman.

"It used to be," Horgan said, "that if you were making a UK show, and you had a US buyer on board, you're like, 'Get your US character in there!'"

In development for Emerald, she was asked why a French person would work in a London office. "Because they fucking do!" she explained. "But I don't think the audience minds anymore; I think they kind of don't even question it."

Gleeson recently worked with Merman on the Channel 4 sitcom Frank Of Ireland, which starred his sons Brian and Domhnall Gleeson. Walsh directed the forthcoming comedy-horror Shining Vale, co-created by Horgan with Jeff Astrof for US channel Starz, starring Courtney Cox, Greg Kinnear and Sherilyn Fenn, which was co-written and executive produced by Horgan.

The Motherland co-creator, who also recently co-starred in and executive produced two series of Aisling Bea's Channel 4 sitcom This Way Up, signed an exclusive deal with Apple TV+ in 2019, giving the streaming service first refusal on all of her future works for an unspecified number of years.

The deal to make her Apple TV+'s first European talent signing was overseen by Jay Hunt, its creative director for Europe and Worldwide Video, who commissioned Horgan to make Catastrophe while she was at Channel 4. 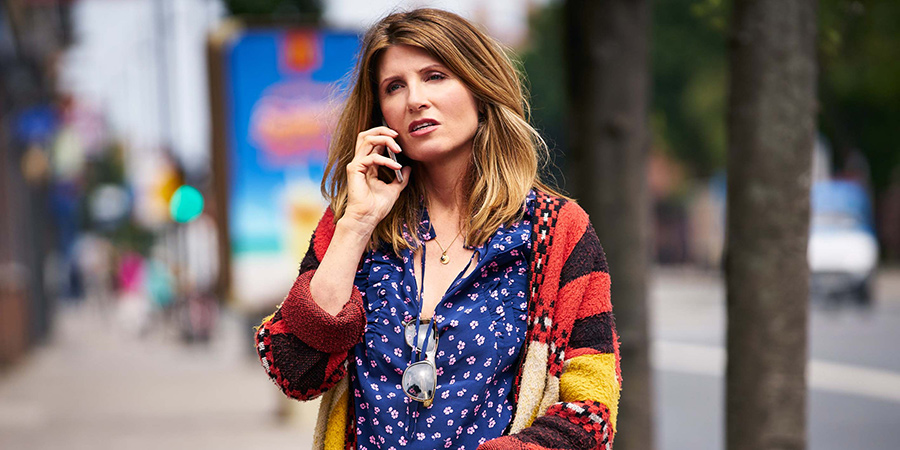 Horgan, who stars alongside Max Harwood, Richard E. Grant and Sarah Lancashire in the film adaptation of drag queen musical Everybody's Talking About Jamie, out now in cinemas and on Amazon Prime, appears alongside Nicolas Cage in the forthcoming meta action-comedy The Unbearable Weight Of Massive Talent, featuring the US actor playing an exaggerated version of himself.

She is also developing a currently untitled Amazon comedy in which she stars alongside her Game Night co-star Billy Magnussen as a woman launching her own self-help company who hires a handsome former gymnast as its spokesperson.