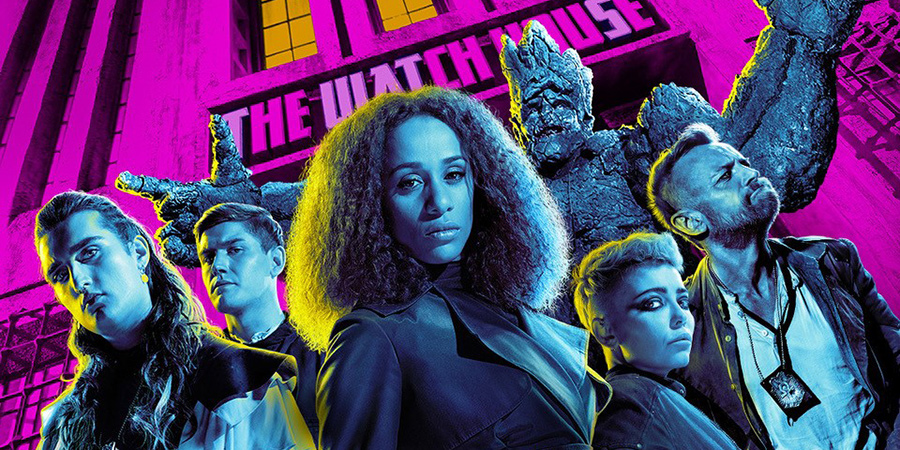 Series based on the police force in Terry Pratchett's Discworld novels

A series based on the Ankh-Morpork City Watch from Terry Pratchett's Discworld novels.

Set in a fictional city where crime has been legalised, The Watch is a genre-busting comedy drama series that follows a group of misfit cops as they rise up from decades of helplessness to save their corrupt city from catastrophe. Uniquely anarchic and thrillingly entertaining, the character-driven comedy follows several of Sir Terry Pratchett's best-loved creations on a riotous and emotional odyssey.

Richard Dormer stars as Sam Vimes, Captain of The Watch, disempowered by a broken society that's reduced his department's jurisdiction to almost nothing. Jo Eaton-Kent plays the ingenious non-binary forensics expert Constable Cheery, ostracised by their kin and finding a new home and identity within The Watch. Adam Hugill plays Constable Carrot, the idealistic new recruit, raised by dwarfs, but really a human abandoned at birth. Marama Corlett is the mysterious Corporal Angua who is tasked with Carrot's training and keeping the rookie alive.

Lara Rossi takes on the role of the formidable Lady Sybil Ramkin, last scion of Ankh-Morpork's nobility who's trying to fix the city's wrongs with her chaotic vigilantism. Sam Adewunmi portrays the wounded, wronged Carcer Dun, out to hijack destiny itself, take control of the city and exact a terrible revenge on an unjust reality.

Anna Chancellor stars as Lord Vetinari, The Patrician of Ankh-Morpork, and architect of the city's normalised wrongness and ramshackle system of governance. James Fleet is The Archchancellor, wizard, magical advisor, and the Head of the Unseen University.

Ingrid Oliver plays the Head of The Assassins' Guild, Doctor Cruces. Ruth Madeley portrays the wiry Throat, the city's best snitch, with a gang of freelance henchmen at her beck and call.

Meanwhile Hakeem Kae-Kazim is Captain John Keel, former leader of The Watch and mentor to Sam Vimes, determined to save the corrupt and chaotic city, and Bianca Simone Mannie is on the cast list as the cunning Wonse, a wizard hopeful in waiting that is frequently underestimated.