Sky has confirmed the details of this year's Urban Myths line-up.

Series 3 of the International Emmy Award-nominated comedy will be available on demand from Sky Arts and NOW TV from 10pm on Wednesday 10th April. The first episode will be aired on the channel earlier that evening, at 9pm.

Sky Arts says: "The series features eight raucous episodes fictionalising some of the most peculiar stories to have ever leaked out of Hollywood, the music industry and the world of art and culture."

They explain: "Each of the eight episodes puts its own unique spin on extraordinary events, taken with more than a pinch of salt, and are performed by a selection of great actors, including Mat Baynton, Sophie Kennedy Clark, Hugh Dennis, Kelly MacDonald, Stephen Mangan, Jack McBrayer, Gloria Onitiri and David Walliams.

"Following the previous two series, new episodes of Urban Myths continue to wryly re-imagine how certain events unfolded, through the eyes of some of Britain's most talented writers and directors."

Phil Edgar-Jones, Director of Sky Arts, says: "You might regard our Urban Myths series as a bit of "Fake History" but as all history is totally made up anyway we should regard these eight perfectly formed comedies as films of historical record, sort of. This series is one of the jewels in the crown of Sky Arts and with totally true (ish) tales from everyone from McCartney and Madonna to Dickens and Trump - our loyal band of discerning viewers are in for a treat."

In 1984, property magnate and entrepreneur Donald Trump bought an American football team. In an attempt to stir up some publicity, he held cheerleader auditions in the basement of Trump Tower with a panel of celebrity judges, including Andy Warhol. Though initially reluctant to take part, Warhol had some unfinished business with the tycoon, who had previously commissioned some artwork which he hadn't paid for. So Warhol decided to use the opportunity to confront the future US president about the debt.

Bleak House Guest tells the story of when Danish author and Dickens superfan Hans Christian Andersen turned up unexpectedly on Charles and Catherine Dickens's doorstep, quickly proving himself to be the most impossible (and unshakeable) house-guest imaginable.

This story revolves around the trial where Joan Collins went head-to-head with Random House in the mid-nineties. The author and actor was paid a large advance for her novel, which the publishers claimed was unpublishable, leading to one of the most extraordinary - and glamourous - trials of the decade.

This story is an inspired, fictionalised account of an event that's part of the folklore of the Vauxhall Tavern. It features a night that Freddie Mercury and Kenny Everett put a disguise on their good friend, Princess Diana, and took her out for a night on the town, ending up at a club which results in a fictionalised encounter with Gareth, a drag artist with a painful secret.

This is the story of a burglar who stumbled into Grace Jones and artist Jean-Paul Goude's New York apartment, armed with a very small gun. When he inadvertently chose to break into their home (with a little interruption from Debbie Harry and Andy Warhol), he ended up with more than he bargained, having to deal with these two flamboyant, volatile lovers. Veering from desperate and dangerous to awe-struck and bemused, this was an afternoon which none of the three were expecting, least of all the burglar.

Before she was famous, Madonna had a short but passionate and influential relationship with Jean-Michel Basquiat, a pioneer and darling of the 1980s New York art scene. Basquiat was riding high while Madonna was a coat check girl, but she already had the self-belief to know she had something special. This myth takes place across one night on the New York subway, just before she infamously door-stepped music producer Seymour Stein at his hospital bedside where he signed her on the spot. This is a poignant moment, before Basquiat's untimely death and just before Madonna broke through to "take over the motherfucking world".

Telling the incredible tale of how Paul McCartney dreamt the melody of Yesterday. With a dollop of creative licence from writer Simon Nye, this is a heartfelt comedy drama showing how the greatest song of the twentieth century came to be.

A deeply affectionate look at one of the greatest musicians, and his partnership with John Lennon, examining the cracks that may have changed their musical partnership forever.

Examining the decades-long friendship between Mick Jagger and Princess Margaret, we find out that Tony Blair submitted Jagger's name for the Queen's Honours List annually, from 1997 to 2002. However, every year the Queen turned him down. This comic tale travels from London to the Caribbean and dives head-first into the worlds of rock and royalty to ponder exactly why that was. 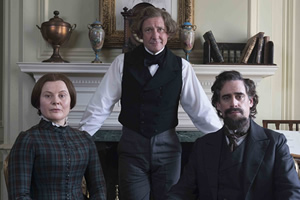 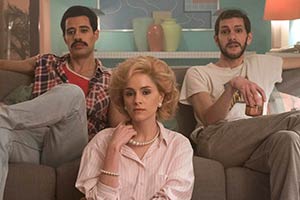 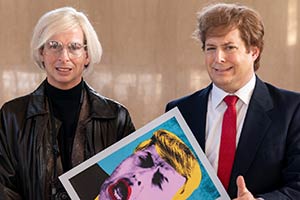 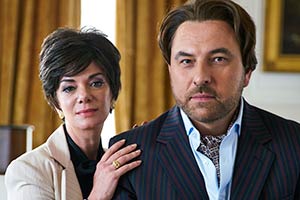 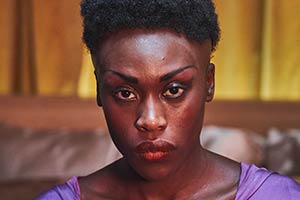 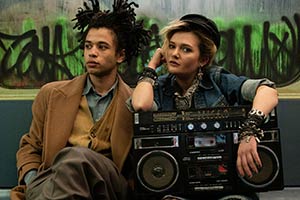 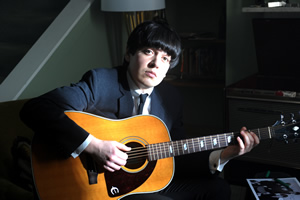 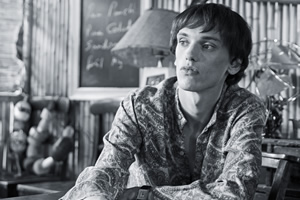