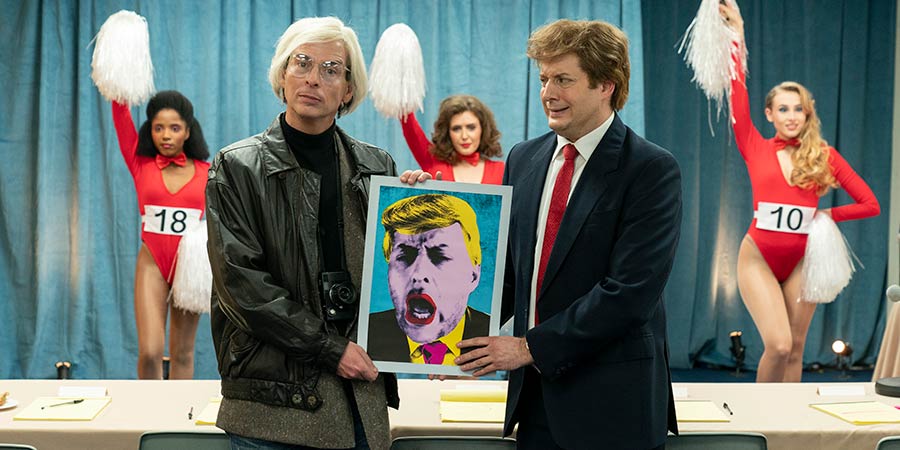 Comedy about a 1984 meeting of Donald Trump and Andy Warhol

In 1984, property magnate and entrepreneur Donald Trump bought an American football team. In an attempt to stir up some publicity, he held cheerleader auditions in the basement of Trump Tower with a panel of celebrity judges, including Andy Warhol.

Though initially reluctant to take part, Warhol had some unfinished business with the tycoon, who had previously commissioned some artwork which he hadn't paid for. So Warhol decided to use the opportunity to confront the future US President about the debt.