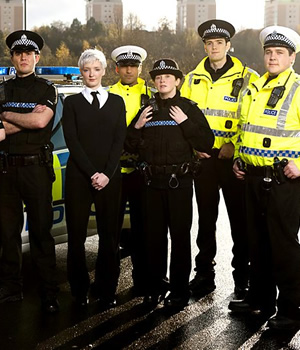 The spoof show, which purports to be a documentary following 'the first Unified Scottish Police Force', was piloted on BBC Two Scotland last year. Filmed in the style of 'blue light' reality shows like Traffic Cops, the comedy observes as Chief Constable Cameron Miekelson and him team of officers of varying levels of competence go about their work.

The trial episode received a bumpy start, as it was pulled from the schedule just before transmission due to the real-life death of a Glasgow police officer featuring in the evening's news bulletins. Scot Squad was eventually transmitted on BBC Two Scotland at the end of November.

Scot Squad, which is partly improvised, is created by Joe Hullait, whose previous role was as a development researcher at The Comedy Unit, the company which is producing the show. The Glasgow-based outfit is also working on a second series of Badults for BBC Three, and in the past has created sitcoms such as Rab C Nesbitt.

The Scot Squad scripts are currently being worked on and the new episodes are expected to be on BBC Scotland in 2014. The number of episodes in the series is not currently known to BCG, and it should be noted that BBC Scotland have yet to officially announce this commission.

Below are two clips from the pilot episode of Scot Squad. The first features Special Constable Ken Beattie (James Kirk) investigating a 'theft' and in the second Chief Constable Miekelson (Jack Docherty) explains his brief: 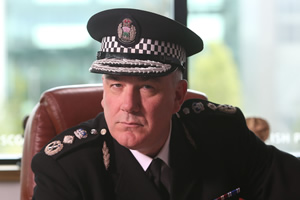