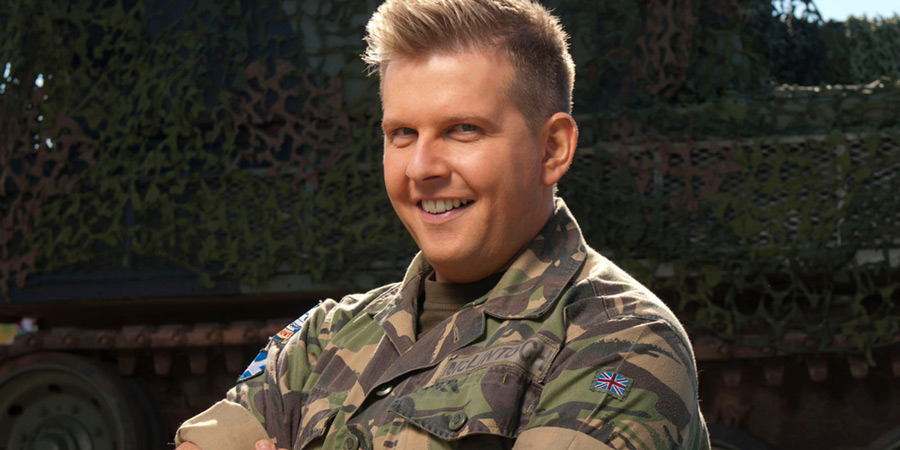 Sitcom starring Greg McHugh as Gary McLintoch, a soldier who returns home from Iraq to the barracks and offers unique insights into both worlds

Gary is a Tank Commander in the British Army who loves getting a sun tan, drinking Baileys and philosophising about everything from pizza to the peace process. Having just returned to Edinburgh from Iraq, Gary and his tank crew of Jacko (the brawn), Charlie (the brains) and Adam (the libido), are soon reminded that Mid Lothian can be almost as eventful as the Middle East.

The boys are given menial tasks by their unforgiving Sergeant and try to cope as best as possible with the situations that arise.

Series 1 sees Gary accidentally recruiting his friend Julie, using a tank to collect a cooker in the middle of a training exercise, and trying to prevent an American General from causing an international incident.

All this is made more difficult as Gary and the boys have to stay one step ahead of the Captain and the fiery Sergeant Thomson, who delights in punishing them in cruel and unusual ways.

The episodes also contain flashback footage of the boys in Iraq, as well as monologues where Gary offers his upbeat and often surreal thoughts on all things, from politics to pizza.

Gary tells people to 'stay in the hoose'