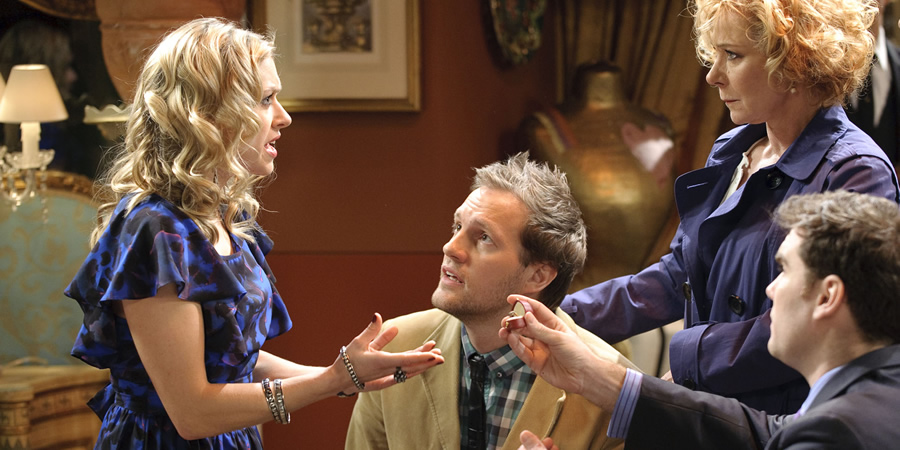 Kenzo's father is back on the scene. This is fine by Ben, but Susan has other ideas. And does anyone care what Janey thinks?
Preview clip

This episode had originally been scheduled as the 9th episode of Series 10, but owing to scheduling problems was postponed to become part of Series 11.

Ben's concentration on the crossword has unwanted consequences as Susan doesn't only vacuum around him.