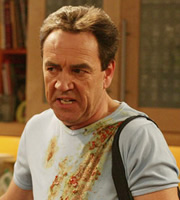 Ben Harper is a dentist who is constantly grumpy and sarcastic. When he is not at work sacking another assistant or trying to avoid fellow-dentist Roger, he is at home trying to relax (which never works).

Ben isn't all bad though; behind his moody exterior he does really love his family and has to put up with being bossed about and manipulated by his wife Susan, and continually fleeced for money by his children. 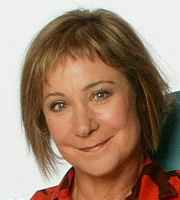 Susan Harper is a control freak and very good at getting her way. She is constantly worried about her three children and often forces Ben to go out of his way to monitor or look after them.

Susan has held a variety of jobs, having been a full-time parent and housewife, a tour guide, and working in an art gallery - but still seems to spend most of her time at home. She is a terrible cook, and the rest of the family often have to sneak the food she has prepared into the bin without her noticing. 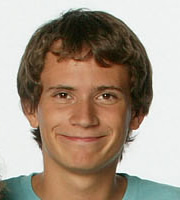 Michael (or 'Mikey' as Ben calls him) is the youngest of Ben and Susan's children. He is a smart, clever geeky adolescent. He looks down on his family as he is more sensible than the rest of them put together and often ends up having to get them out of trouble.

Much to his mother's objection, Michael spent most of his later high school years studying not books, but girls, bringing home a succession of girlfriends. However, since attending university, Michael discovers that he is in fact gay... 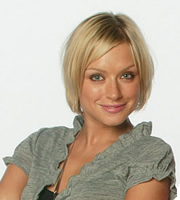 Whilst at Manchester University (spending yet more of her Dad's money) Janey became pregnant. After being thrown out, she returned home to once again take advantage of her parents. Susan doesn't seem to mind as it means she now has grandson Kenzo to look after whilst Janey works - as a nurse caring for the elderly! 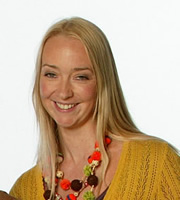 Abi moved in to the Harper household in the third series. She is Ben and Susan's niece... although Ben desperately wishes she wasn't!

Apart from being very clumsy, Abi is also very dim, but could still often be found reprimanding her aunt and uncle.

It took her a while but Abi finally realised that Roger was madly in love with her and married the hapless dentist in Series 7. However, love did not run entirely smoothly, as she left him - to become a nun!

Dentist.   Played by: Keiron Self 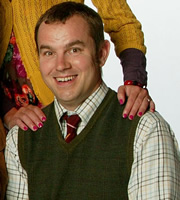 Roger is the over-enthusiastic dentist who works in the same building as Ben. He often turns up at the Harper household un-invited and proceeds to un-intentionally annoy Ben.

For a long period Roger was trying to build up the courage to ask Abi out on a date. They were, after all, ideally suited - like Abi, Roger possesses no common sense and is very gullible. They did marry, but Roger was left heart-broken and confused when she joined an order of nuns...

Roger is now a part-time policeman as well a dentist. 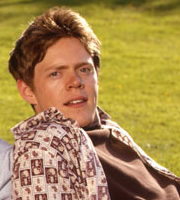 Nick Harper is the oldest of the three siblings. He is a complete layabout who is constantly changing jobs - one minute he is a self-made stunt man, the next he is a mime artist.

Nick is extremely laid-back and certainly cannot be trusted to carry out an important task or look after money!

Nick was last seen moving out into his own flat - from the phone conversations Ben and Susan have with him it seems he is, somehow, coping living on his own. 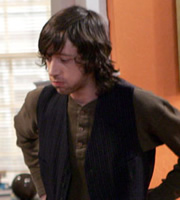 Alfie is an acquaintance of Nick's. He turned up at the Harper household at Christmas in 2005 and hasn't yet moved out!

He grew up in a small rural community in Wales, which seems to have some rather backwards traditions if the stories he tells are anything to go by. There were clearly not many girls where Alfie came from, so he very much enjoys spending time at the Harpers' and meeting Michael's friends. For some reason most of the family have turned to Alfie at one stage or other for his advice - something you really should never do!

Alfie is a struggling musician - despite not having a steady income or place to live he is still very laid back about life.