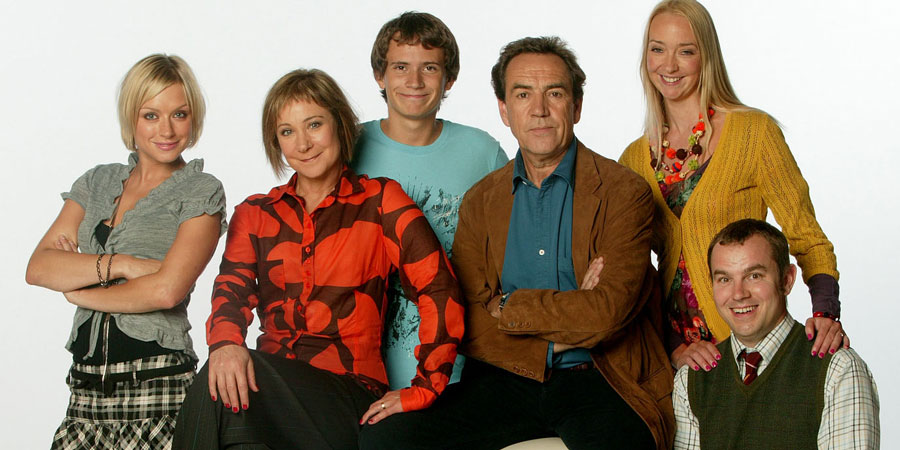 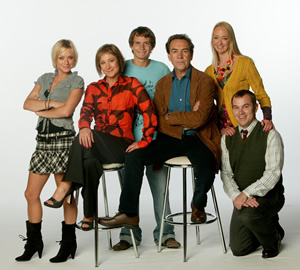 My Family is a modern British sitcom success story - it is one of only a few situation comedies made in the 2000s which regularly attracted large audiences (6 million plus viewers was common at its height, for even a repeat episode).

Looking back, we can see it was always destined to be a success - creator Fred Barron set out to make a mainstream comedy based around a 'typical' British family at a time when everyone else was producing cult shows. The demand for a mainstream family comedy was definitely there.

Some credit for the show's success must go to the excellent casting of established television stars Robert Lindsay and Zoe Wanamaker. The leads always deliver their lines perfectly. However, the stand-out performance was from the at-the-time newcomer, Kris Marshall. He took on the role of Nick and created one the funniest comedy characters of the decade (the writers never intended Nick to feature much, but soon changed their minds when they saw the audience's reaction to the character).

My Family is focused on the Harper house, a typical semi-detached family home where Ben and Susan attempt to raise three children; dysfunctional Nick, fashion obsessed Janey, and clever Michael. There is rarely a normal day in the Harper household as lazy Nick tries his hand at a different bizarre job each week (often bringing his work home), Ben tries to avoid people Susan has invited into the house, and everyone tries to avoid Susan's cooking.

There have been some changes to the setup as the show has progressed - in the latter series Michael grew into a teenager on the lookout for a girlfriend (before later coming out as gay); Nick moved out; and Janey, having been to university, now has a baby called Kenzo. Dumb cousin Abi, and Nick's friend Alfie moved in, plus always-cheerful Roger was added to the character list. But, with over 100 episodes made, much of My Family still remains the same - Ben is still the same grumpy, put-out father and Susan is still over-protective, manipulative and a terrible cook. 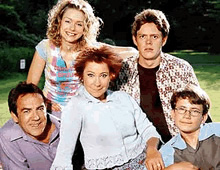 Un-usually for a British comedy My Family is written by a team of writers rather than a single individual, and is overseen by a foreign producer (originally American Fred Barron, now Tom Anderson). Maybe this new approach is partly the reason this sitcom has lasted so long, whilst most other new shows haven't made it past a couple of series?

Comedy 'purists' often snub My Family for being too bland, repetitive and based on low-level humour. They feel it is too much like a typical, old-skool sitcom (do expect a loud laugh-track and jokes signposted a mile off) in an age when intelligent, dark and cult series are fashionable. We feel they're missing the point - this sitcom is deliberately mainstream and that's why it survived more seasons than any other BBC sitcom in the decade.

The resilience of the show is clear to see - it had to navigate a couple of awkward problems which would have sunk many less-successful sitcoms. When two of the main cast left to expand their careers, most people thought My Family would rapidly die (Daniela Denby-Ashe who plays Janey had to be written out, as did the very popular Kris Marshall). The writers got around the issue by saying Janey went to university and Nick moved into his own place. They plugged the gap with the new characters of Abi and Roger and, before long, the crisis was gone - in fact, since then Denby-Ashe has reprised her role as Janey, and Alfie - a character remarkably like Nick in many ways - was parachuted in. 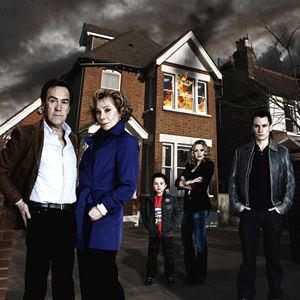 During 2007 it was predicted that the end of this long-running sitcom was close - there was noticeably more comments from viewers that the situations the family found themselves in had started to repeat and, more worryingly for the producers and the BBC, the main stars seemed to be getting fed up. Just before the start of series seven Zoë Wanamaker was quoted in a newspaper interview as saying: Robert and I refused at one point to do a My Family episode, it was so bad. That caused a lot of problems, but we just felt it was not good enough. We had practically a football team of scriptwriters working on the last series.

The demise was prematurely predicted though, perhaps something to do with the huge pay packets the stars receive for each episode. However, the lead actors continued to complain - in an interview in May 2009, Lindsay said: "There is some real dross (in the scripts) and we are aware of it. We had many fights. Out of 100 episodes maybe we've done ten that you can say are really good shows." Wanamaker added: "I don't want to sound pretentious, but for an actor it is a challenge. You sometimes have to use all of your talent to make something that sticks in your craw sound OK."

In the same interview Lindsay said: "As far as Zoe and I are concerned, we will do a tenth series of 16 episodes, which the BBC will probably split into a tenth and eleventh series, then that will be it".

This has since been confirmed - the BBC have announced that Series 11 will be the show's last.

It has yet to be seen whether My Family will become a classic which will be repeated in years to come however, for now at least, it is certainly one of the most popular comedies on television, and is now on the list containing the names of the 12 British sitcoms that have managed to live on past 100 episodes.