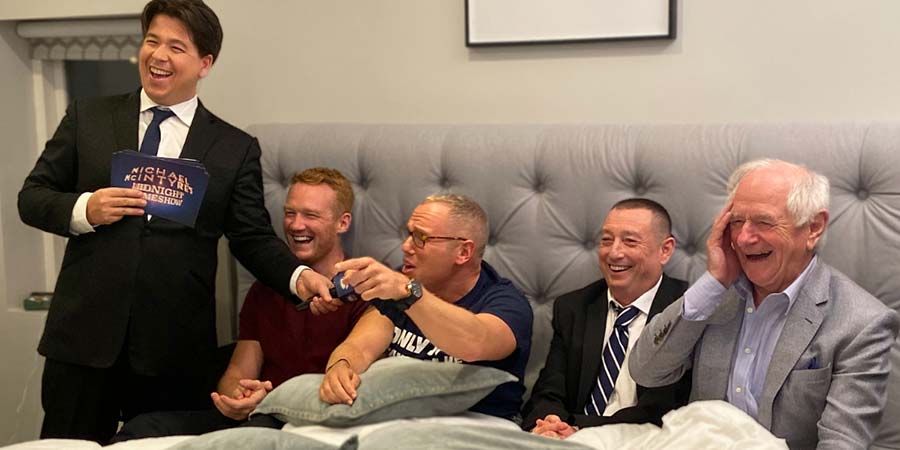 Emma Bunton hands over her phone to play Send To All, whilst nine-year-old Souparnika Nair is the youngest Unexpected Star to date.
Preview clips

This week, Spice Girl and presenter Emma Bunton hands over her phone to play Send To All, whilst nine-year-old Souparnika Nair is the youngest Unexpected Star to date.

Judge Rinder is the first celebrity this series to face a rude awakening in The Midnight Gameshow, and breakthrough singer-songwriter Freya Ridings will also be performing her massive hit, Castles.

"Two brothers from Coventry visit a relaxing spa" were billed as this episode's dual Unexpected Stars.

Emma Bunton plays Send To All

Emma Bunton bravely hands over her mobile phone in Send To All. Michael McIntyre gets to work rifling through her personal pics and purchases, reveals her secret crush on him, and sends an embarrassing text to her contacts!

Judge Rinder on The Midnight Gameshow

A very sleepy Judge Rinder is woken up in the middle of the night.