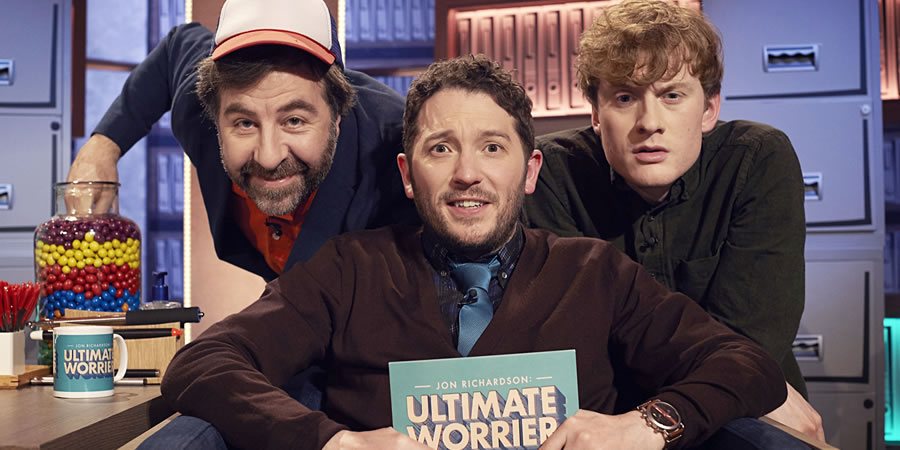 Jon is troubled by technology. James Acaster and David O'Doherty address his worries about smartphones, becoming a viral sensation and boozing in virtual pubs.
Preview clips

Jon is joined by James Acaster and David O'Doherty to address worries to do with technology. Should we be worried about becoming a viral sensation against our will? Will we go to a virtual pub and never want to leave? Do our phones know us better than our family?

Things get a little heated in the virtual reality pub...could a fight be on the cards?

Jon Richardson speaks to the man in the London Tube escalator fail video that went viral, where we see him slide down the middle partition, hurting himself with every obstacle that he encounters.