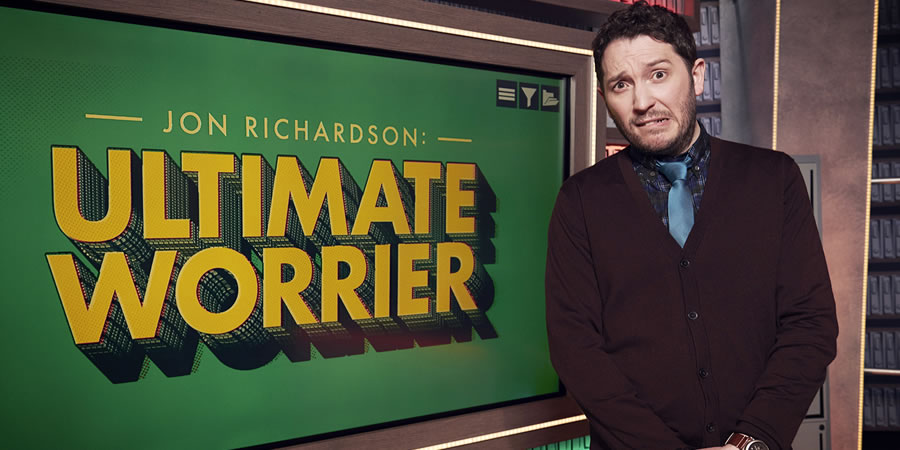 Jon Richardson attempts to analyse, assess and log every single one of his many, many worries

Obsessive worrier and organiser Jon Richardson hosts a comedy format where he attempts to analyse, assess and log every single one of his many, many worries.

Will his wife replace him with a sex robot? Does his phone know more about him than he does? Will he ever make a jacket potato as good as the one he made in May 2009? Which of his worries should he worry about the most?

To help him with this colossal task, Jon is joined each week in the studio by big name comedians plus a range of experts. Using a mix of film, funny studio set-pieces and archive Jon and his guests will explore exactly how severe each worry actually is before filing it accordingly in Jon's very own 'Worriedness Index' - a high-tech digital log of every anxiety in existence.

Ever worried about laboratory-grown meat, accidentally touching someone's hand on the train or the impending nuclear apocalypse? Then join Jon Richardson: Ultimate Worrier as he works out exactly how worried the British public should be about everything there is to worry about.