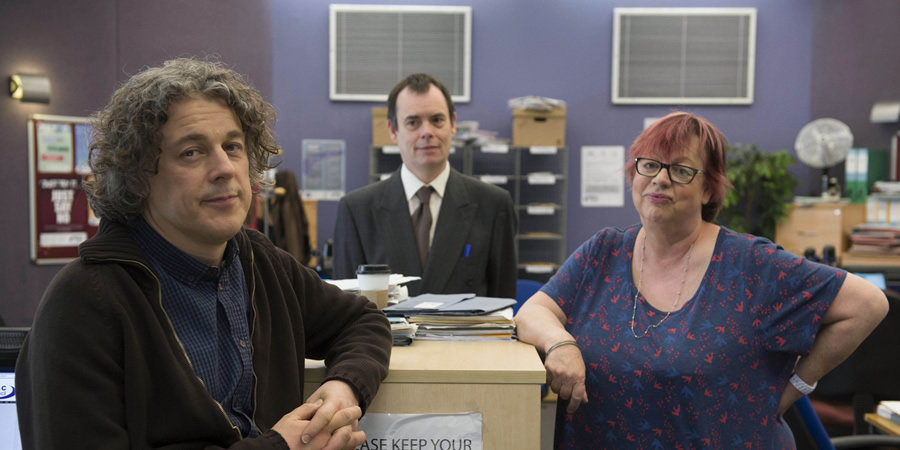 Irritable, menopausal single parent Rose is having a bad day. After leaving her three sick children to be cared for by her mother, she breaks her phone, drops her coffee and arrives late for work at the social services department.

There's no respite in the office, though, as Rose finds the floor as chaotic as her home. Martin, a former colleague who was let go due to mental problems, has managed to get into the building again, while Nat, a new temp devoid of any common sense, is struggling to get to grips with simple tasks on her first day.

Rose's experienced, yet jaded, colleague Al helps her through the morning, taking every opportunity to mock the colourful characters that make up the rest of the floor.

Al hates the bureaucracy that comes with his job and consequently finds himself in constant battle with his pedantic and badly-dressed co-worker Nitin, a former policeman obsessed with performance targets.

Rose's day gets gradually worse: a check on her mother and children leads her to discover they have all disappeared. Returning to the pandemonium of her office in a state of panic, Rose quickly finds herself faced with a crisis that threatens to throw her career into jeopardy.

This is the trailer that was released to promote the pilot episode of the show on Sky Arts.