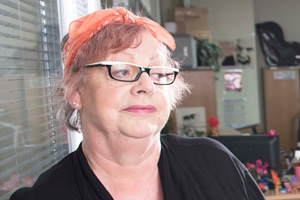 Senior Social Worker Rose is Al's partner in crime at work - they share biscuits and a dark sense of humour. With three kids at school, an ailing mother and a useless ex-husband who is currently living the dream in a mobile home, Rose is always stressed; always late, always grumpy. 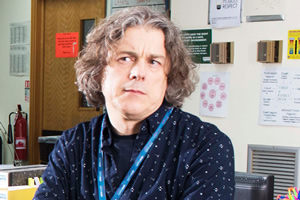 Al is an experienced Senior Social Worker whose idealism has been eroded by cynicism, departmental politics and an impossible workload. Still committed to his job, Al goes above and beyond the call of duty. He also struggles to meet his targets and the increasing demands of his entitled girlfriend Cailtlin. He wants to carve out a personal life before he's too knackered to have one. 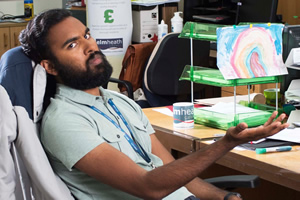 A Junior Social Worker, and ex-policeman, Nitin left the force and was fast-tracked into a career in social work. Young, officious, pedantic, desperate to succeed - he annoys the hell out of Rose and Al who tease him. Obsessed with targets and quotas; Nitin is a huge fan of drip-dry clothing. 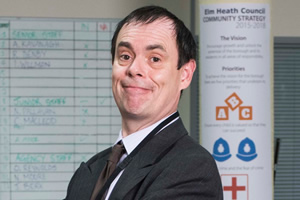 Martin is a kind, delightful, extremely efficient Senior Social Worker. The only problem is Martin doesn't work at Elm Heath anymore. He was signed off with stress about a year ago. He was a valued member of the cluster team so everyone - including Denise - turns a blind eye to his fake ID and his ability to suss the ever changing door code. They rely on him for back-up and caffeine. Coming in to work is therapeutic for Martin; it's not like there's a luxury spa for stressed social workers. 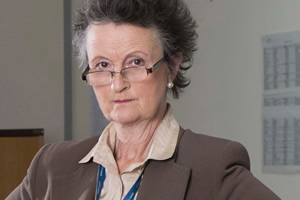 'Acting Up Manager' Denise is everyone's boss and everyone's least-favourite person. She's under pressure 24/7 dealing with massive cuts, a post-Brexit government in disarray, a barrage of negative press and a failing department that always has 50% of its workforce off sick. She maintains a Sphinx-like inscrutability - that is until she's had enough... then she's the Bride of Chucky. 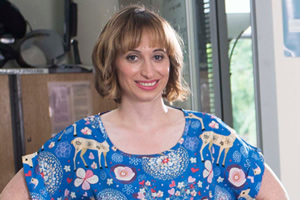 Nat is the Temp,or 'Interim Worker' as she prefers to be called. She worked at Elm Heath once before but that has not increased her ability to answer the phone. Absorbed in her heady life on social media, she is relentlessly upbeat and cheerful despite the horrendous things she witnesses in children's services. Nat is the queen of 'getting the wrong end of the stick.' Confusingly, she is sometimes capable of impressive insights. 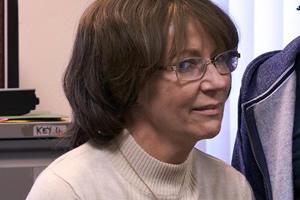 Ingrid is one of the social workers. She's timid and not really suited for the job. She's adopted an angry delinquent foster child who walks all over her. 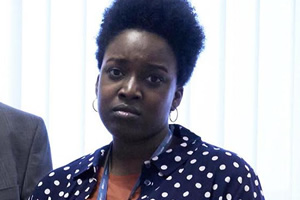 Mimi is a know-it-all student, and the latest recruit to the team.